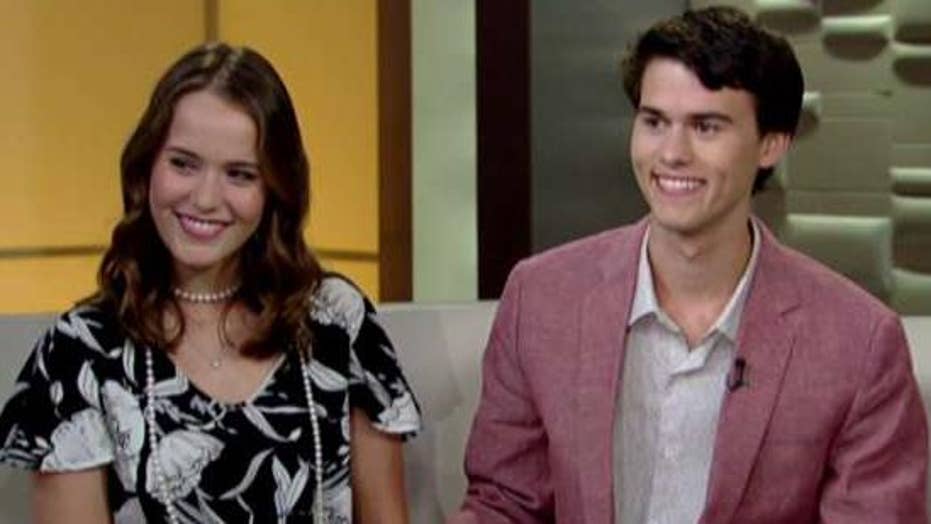 The beardless Robertson opens up about facial hair, dreaming big and discovering life's purpose in his book

Another "Duck Dynasty" family member has written a book and this time it's John Luke Robertson. In "Young & Beardless," the 20-year-old Virginia Liberty University student talks about his faith and how he met and fell in love with wife Mary Kate. The camping, outdoor and adventure leadership major spoke to FOX411 about the book and why he's clean-shaven...for now.

FOX411: When do you feel like you’re really committed to God?

FOX411: Your family has been famous for a long time. There's lots of examples of kids becoming famous and going off the rails.

Robertson: The temptation is always there. The same year I found Christ was the same year we started filming "Duck Dynasty" and so my entire life was filled with fame and there are temptations that go along with that. The difference is, I came to Christ before that. I saw the temptations...I knew they weren't good for me spiritually or physically in any way. Having my faith really helped me to stay grounded. From 16 to 18 was when the show was really popular and if I didn't have God before that, I would have been into sex, drugs and everything that comes along with fame. I would have had nothing stopping me.

FOX411: You write about what you should look for in a future spouse.

FOX411: You got married at 19. Did people try to talk you out of marrying so young?

Robertson: Oh, tons of people. Everyone told us we were too young. Before we got married we thought about it a lot and we looked at other couples and couples in our families and in our church and in our community. And what we found was we heard stories of couples who got married at 19 and got divorced and couples who got married at 19 and have been married for seventy years. We heard stories of people who got married at 40 and got divorced and people who got married at 40 and have stayed married and have great relationships. We just realized that whatever it is in marriage that keeps marriages together and makes them happy and healthy, it's not about when you get married. It's something else and what we think it is, our foundation is in something that doesn't go away or move and that's our faith in God. So we know as long as we have God then our relationship is going to be stable so we decided why wait any longer?

FOX411: You're a big believer in journals.

Robertson: Absolutely. When I was 14 I had a mentor who told me to write everything down. Everything I hear, everything I think, as much as I can. Write it down and then put it in a box and then later you can get it back and look and that's how you can remind yourself of what you've learned. And so I did that for the last six years. "Young and Beardless" is a culmination of writing down everything that ever impacted me. [I] put it all together in a book.

FOX411: Does it upset you when you read harsh stories about your family?

Robertson: It upsets me a little bit when it's not true. It does upset when people don't hear the whole story. There's a whole lot that happens that doesn't get written about.

Robertson: That is my face's decision. I would grow a beard if I could but my face and my body doesn't agree!

FOX411: Are you bummed about that?

Robertson: It'll happen. Mary Kate isn't bummed. She's enjoying it while she can.