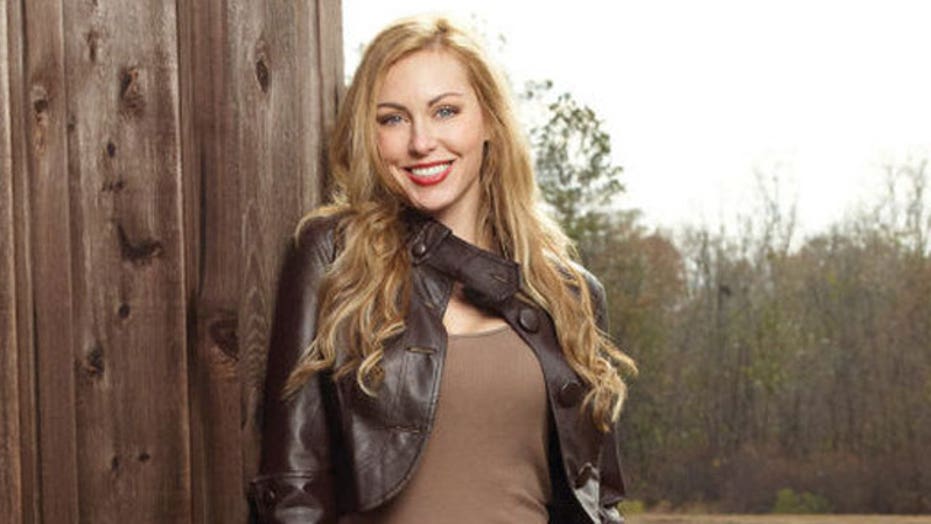 Jessica said she had a lot to be forgiven for

The new book 'The Women of Duck Commander' pulls the curtain back and reveals the gals behind the beards! Jessica Robertson is married to Jep and together they have four children, Lily, Merritt, Priscilla and River. The Louisiana native spoke to FOX411 about how she met Jep, and dealing with negative publicity surrounding her famous family.

FOX411: First tell us about your relationship with Miss Kay.

Jessica Robertson: When I first met Kay, we kind of had this connection. We hit it right off. Not only do we love Jep, we have a love for antiques and we love to to go to flea markets. We love old movies, we do girl trips together. We do a lot of extra-curricular stuff together. We hang out, not just in a mother-in-law, daughter-in-law way. She's a true friend of mine.

Robertson: When I first met him I was just hanging out with him and his buddies, a group of people from church would hang out and do Bible studies. We met in March 2001 and in April he baptized me in the lake and then we started dating in June. We got married in October so it was really quick. We found out we were pregnant in April. We didn't even wait a whole year. We knew we wanted to start a family and wanted a large family. My sister had trouble getting pregnant so we didn't wait too long because we thought it might take a couple of years. We were blessed to get pregnant quickly. We have four healthy, wonderful kids that God has blessed us with. I'm so grateful that we got to have the large family we dreamed of. It's been a whirlwind and fun and crazy and hectic and loud!

FOX411: What attracted you to him?

Robertson: I was going through quite a lot when I met Jep. One of the first things I noticed was how sweet he is and how kind he is to others. Of course when I met his family I realized it ran deep in the roots of the family. I of course fell in love with the family and they welcomed me in their home and they were so forgiving of anything I did in my past as a young girl. The way he treated me, so kind and of course he's a cutie. I saw so much kindness, gentleness and self control, all these great characteristics that you want in someone.

The more I got to know him the more I saw it was a lot like I was raised. We were raised around the table, hunting and fishing and spending a lot of time playing with cousins and that's how he was raised. We wanted the same things in life. We wanted to raise a family to love God and to love others. We communicated a lot about that while we were dating.

FOX411: You write vaguely of having had baggage and issues when you met Jep.

Robertson: Just kind of being in that college age and environment. Just doing things that you don't want to live the rest of your life doing. Partying or anything like that. We'll delve into that later on. Jep and I are talking about doing a book. We're meeting next week to discuss where we want our book to go. Basically it will lay it all out.

FOX411: Jep had his own issues with drugs and alcohol.

Robertson: He did, we struggled with different things when we were young. He both struggled in different areas of life and in different ways. We want to share with the world our love story and our love story for God, how he was so forgiving and how we can utilize these areas to hopefully help others and help our children. A lot of it is not just knowing God forgives you, it's forgiving yourself and moving on. Hopefully our book will be channeling some of those emotions.

FOX411: Is it sometimes surreal being famous?

Robertson: It's strange! It's fun, it's crazy. I know with social media sometimes they want to paint you out to be not so nice but I'm so proud to be a part of this family and my church family. I'm so proud of who they are and I know their hearts.

FOX411: Does that help you deal with negative publicity?

Robertson: In the beginning I would read the one out of 100 ugly thing and I'd be like, 'That is so hurtful! That lady said this about me, she doesn't even know me!' Jep would say, 'Why do you read that?' Now I'm like whatever. They don't know that when Jep and I first married we got a little trailer, we never went on a honeymoon, I never had a wedding ring, I had a wedding band. We've been married almost 13 years now, trust me for the first seven or eight years we barely made ends meet.

FOX411: Do you feel like you are spreading the Gospel doing this show?

Robertson: Pretty much any reality show you saw was drama between people, tearing each other down, throwing stuff at each other. A lot of those shows got great ratings. When our show came out people thought, 'Oh this isn't going to be anything,' and we didn't know how the world would accept us. I think people didn't even know that they wanted to see good, wholesome family fun. They didn't know that they hungered for that. I'm not perfect, like I said, I had baggage when I came to the family. Even as a Christian I fail, I'm not perfect, but that's not what being a Christian's about. That's why Jesus paid the price he did because we can't be perfect, it's impossible. So I don't put myself above anybody else and neither does any other Robertson. Phil and Kay are probably the most humble people I've ever met. That's why the show is so big. I think people love that we laugh together and work together.