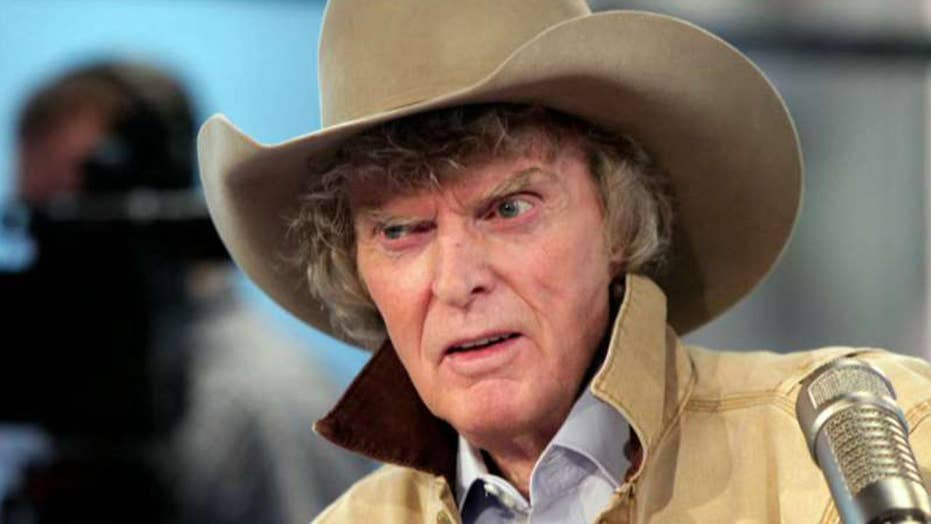 The legendary host of 'Imus in the Morning' started his career in radio in the late sixties.

Don Imus, the legendary host of "Imus in the Morning," died on Friday morning, less than two years after retiring from decades of working as a broadcaster.

Imus' family reported that he was hospitalized in Texas on Christmas Eve. He was 79 years old and died at the Baylor Scott and White Medical Center in College Station, Texas, according to The Hollywood Reporter. A small service will reportedly take place within the next few days.

The veteran radio host had just retired in 2018. "March 29th, 2018, will be the last 'Imus in the Morning Program.' Turn out the lights...the party's over," he tweeted at the beginning of the year. The show lasted for nearly 50 years.

DON IMUS ON THE SCANDAL THAT CHANGED HIS CAREER

Imus' family commemorated him in a statement following his death: "Don loved and adored Deirdre, who unconditionally loved him back, loved spending his time watching Wyatt become a highly skilled, champion rodeo rider and calf roper, and loved and supported Zachary, who first met the Imus family at age 10 when he participated in the Imus Ranch program for kids with cancer, having battled and overcome leukemia, eventually becoming a member of the Imus family and Don and Deirdre’s second son."

He is survived by his wife, Deirdre, and six children. The family has requested that donations go toward the Imus Ranch Foundation.

Imus, who had stints at WNBC in New York and WHK in Cleveland, offered a stew of media and politics on his shows and often had key newsmakers calling in to weigh in on a day’s events.

In 2007, Imus was fired by CBS Radio and MSNBC for using a racial slur to talk about the Rutgers women’s basketball team. He later apologized and got a new gig a few months later.