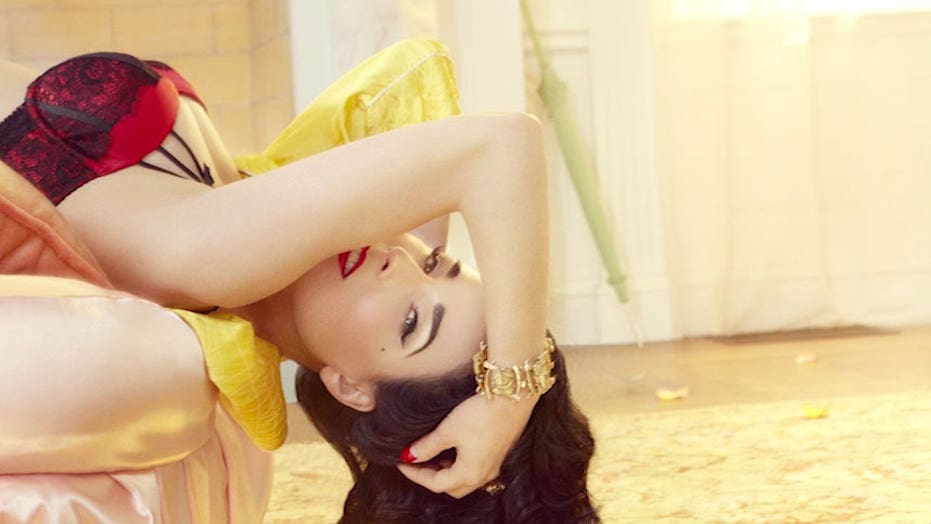 Dita Von Teese on the Art of Seduction

As a glamorous icon, burlesque star Dita Von Teese has become a role model for many women across the country. But when it came to her own childhood, the popular pinup insisted she struggled to find someone she could easily identify with.

“I felt like I didn’t have many role models of beauty and sensuality that I could relate to,” the entertainer told Pedestrian.TV Tuesday. “I couldn’t relate to the Sports Illustrated swimsuit model or Cindy Crawford or any other kind of natural look that was so popular when I was growing up in my teens. And so, that’s one reason I looked to the past. I saw all the glamour of the creation of beauty, and that intrigued me a lot, and gave me inspiration that I could do the same.”

Not only did the 45-year-old rely on old Hollywood stars, such as Marlene Dietrich and Betty Grable, for inspiration, but Von Teese, whose real name is Heather Sweet, said the art of the striptease helped her create a completely different persona from what anyone could find in magazines or even Hollywood during the ‘90s.

“I found that some of the strongest performers were not people that fit into the pretty little pinup girl stereotype,” said Von Teese. “I found the strongest performers were people that were sort of, you know, the super strong personalities with incredible performance ideas and they were the most fascinating and intriguing, and the ones that could hold their own on stage the most. Then I put the show together and I found that so many people were inspired to see different people on stage.”

And Von Teese, who isn’t afraid to call herself a stripper, said burlesque is about empowering many of her female viewers who attend her shows.

“What felt really inspiring to me was hearing from audience members, saying how inspired they were to see different body shapes represented, and diversity and beauty and age and ethinicity, and that was really important to people who felt like they wanted to see that they could also be sexy, they could see somebody representing that maybe looks a little bit like they do. It became a mission statement for me to tour with a show like that.”

Back in 2016, the ex-wife of shock rocker Marilyn Manson gave Fox News some lessons on the art of seduction.

"I always say to think about yourself and how you present yourself to the world and how you practice that every day. I believe in wearing my nice lingerie every single day. It’s a moment that doesn’t take any extra time out of your day. It’s also a small way to exude glamour and beauty in everyday life.

“If you want to seduce someone — that’s not really the way. Men don’t want you to do that anyway. Finding your own confidence is really the key."