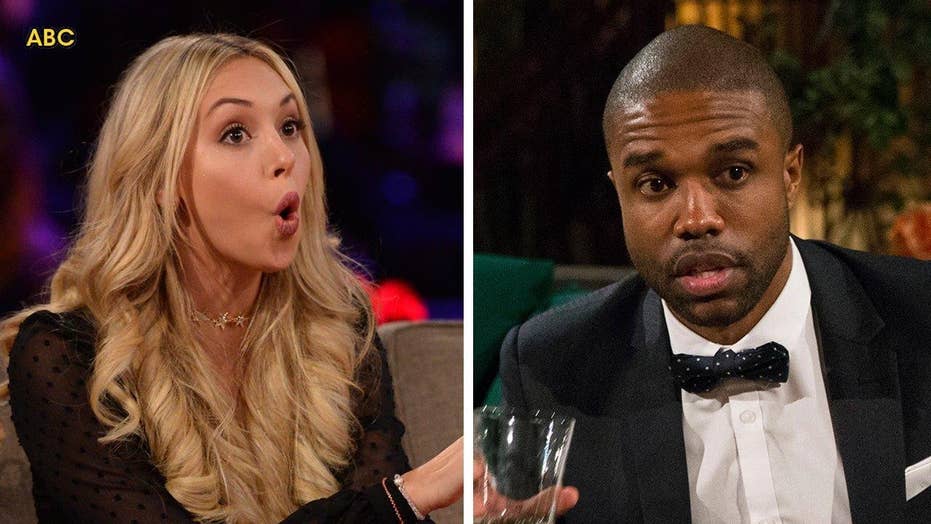 Former "Bachelor in Paradise" contestant DeMario Jackson is once again addressing the infamous scandal that led to the reality show's production shutdown -- this time with host Chris Harrison.

Jackson sat down with Harrison after Tuesday's episode of "Bachelor in Paradise" to tell his side of the story, a week after footage aired of the pool scene with fellow contestant Corinne Olympios. He said he was in a "much better place" in his life since the scandal broke.

"I never once thought that I would be here, today, speaking to you guys amid a crazy scandal," Jackson told Harrison in a pretaped tell-all interview.

Jackson recalled getting "turnt up" with Olympios and having "one thing lead to another" until they were "making out."

"I mean, who would say no to Corinne?" Jackson said. "One thing leads to another and the pool gets a little intense, and I didn't think anything of it."

Producers quickly pulled Jackson and Olympios aside the next day after a third party filed a complaint. Jackson added the producer said the complaint wasn't about him or Olympios, leaving him confused on why the show was shut down.

Jackson was accused of sexual assault as details of the night emerged in the news. He told Harrison it was "every man's biggest fear" to be accused of that.

Jackson denied reports that he took a "limp Corinne" out of the pool and had non-consensual "sex with her."

"I know who I am," he said. "I know I'm not that monster that they're trying to portray on TV."

He added, "Like Michelle Obama said, 'When they go low, you go high.' It was hard to go high, but I had to do it because I train and mentor children, and I can't tell them to be something that I'm not. That kept me going."

Jackson said he and Olympios have not spoken "for obvious reasons" but wished they did.

"I felt bad for her because she was being slut-shamed. I love my mother, I love the women in my family more than anything in this world, and it just hurt me just knowing that she probably was going through the same thing that I was, but a little bit more, a little bit more aggressive and intense, and just to kind of reach out and just be like, 'look, I'm here if you want to chat,'" Jackson said.

Olympios will have her chance to tell her side of the story next Tuesday.

She wrote on Twitter early Wednesday morning: "Everyone: before making your assumptions, watch my interview with @chrisbharrison next week to hear it straight from me #bachelorinpardise"

Investigations into the case has since concluded and filming resumed without Jackson and Olympios.