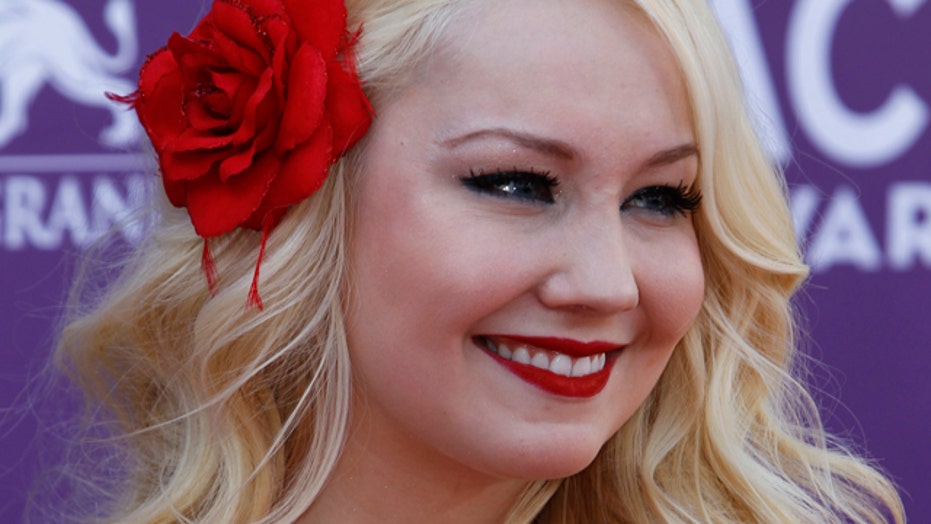 RaeLynn’s elimination from season two of “The Voice” didn’t stop the bubbly blond from pushing forward in the music industry. It took a lot of hard work, determination and faith to get to where she is in her career.

“I very much believe in God and believe he's helped me get where I am today and he keeps me calm,” RaeLynn told FOX411. “Growing up with God on my side and helping me through this journey -- it's crazy [but] thank you Jesus. I’ve always been that way…I pray and I cuss.”

Praying and cussing are just two of the many things RaeLynn learned from her mentor and musical inspiration Miranda Lambert, whom she has toured with.

“Blake and Miranda are first of all the most amazing people you’ll meet in your life,” she said of country’s reigning power couple. “The best advice they gave me is to stay true to who I am. There are so many times where I would get really discouraged because I wanted to be out there but timing is everything. Miranda said keep developing who you are, you have your whole life to write your first record.”

The singer, who first tried out acting before turning to country music, said her journey wasn’t easy and while she had to turn down certain opportunities because they conflicted with her values, it’s all worth it.

“There’s been a couple of auditions that I would never do, like roles I wouldn’t do for being too sexual,” RaeLynn revealed. “I’m not the kind of girl to take off my clothes. I love crop tops [but] that's as much as I want. I’ve never been that kind of girl.”

Besides her overprotective former coach, Blake Shelton, who RaeLynn said would “kill” her for showing too much, the 20-year-old is proud to be known for her songs and not her skin.

“If I ever posted a picture of my bikini on Instagram, Blake would kill me,” she said. “God knows I need to stay true to myself.”

The “God Made Girls” singer is also aware of her young and impressionable fan base and wants to set a good example for them.

“My fans are so awesome…and when I’m having a bad day, I tweet about it but I’m careful not to be too negative because they read it and I don’t want to [set a bad example],” she said. “You really got to watch what you say.”

She also turns to songwriting in hopes to help a fan through a tough time by singing about her own struggles.

“My parents got divorced when I was three years old,” she said. “I was that kid stuck in the middle relaying information back and forth. I didn't really want to write a song [about the divorce] because I thought it might be too personal for me to sing. I didn’t know if I wanted to let people in this much but we wrote [‘Love Triangle]’and I hope it changes someone’s situation.”

With the success of her new single and her growing fan base, RaeLynn leans on her family and friends to keep her grounded.

“I the way I  stay true is by staying connected with all of the people who made me,” she said. “ I still talk to my girlfriends back at home that are just going to college. I talk to [them] and say, ‘Tell me all of your boy drama.’

“I have such a grounded family and I love going home to Baytown, Texas because it reminds me of where I came from. I’m just this normal girl. I get weird when people ask me for my autograph. I’m like, “Are you sure? I’m just the girl from Baytown, Texas.’”