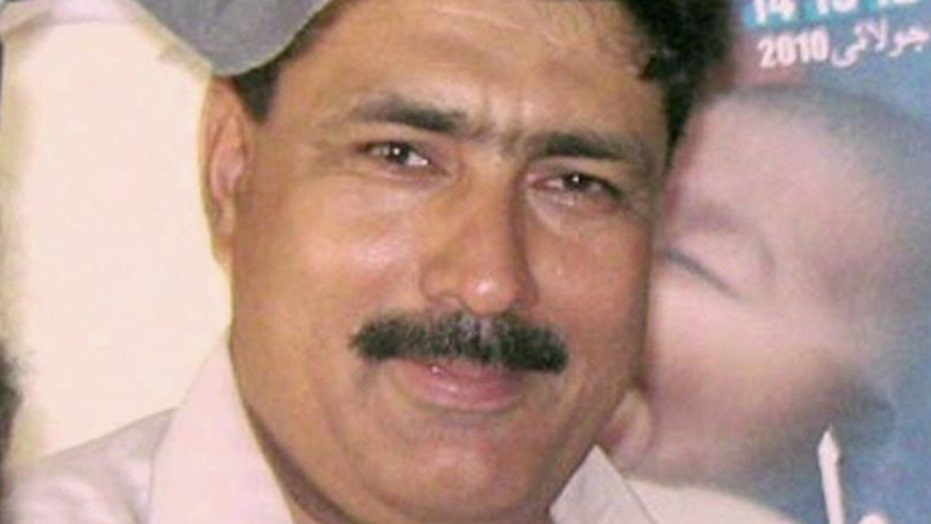 Will the Academy help doctor who aided Bin Laden capture?

LOS ANGELES – Hollywood-based activists are praising  Kathryn Bigelow’s Oscar-nominated “Zero Dark Thirty” and calling on its cast and crew -- as well as the teams behind all of the Best Picture-nominated films -- to draw attention to the plight of Dr. Shakil Afridi, a pivotal player in bringing Usama bin Laden to justice.

The ad, part of the group's “Free Dr. Afridi” campaign, reads in part: “Dr. Shakil Afridi is the man who verified Usama bin Laden’s location in Pakistan for the United States. Without Dr. Afridi’s sacrifice, we may not have pinpointed the location of the world’s most dangerous terrorist. His Reward… he was abandoned, captured and is still being tortured by Pakistan ever since Bin Laden was killed in May 2011. After all, who will stand up to help America next time if this is how we treat our friends?”

The advertisement also acknowledges a number of individuals and organizations it says have championed the issue, including Rep. Dana Rohrabacher (R-Calif.), the cast and crew of "Zero Dark Thirty," and Fox News Correspondent Dominic DiNatale and Producer Sib Kaifee, whose exclusive reporting has helped shed light on the Afridi case.

It also gently asks those nominated for Best Picture to use the spotlight that the Academy Awards provides to inform the public about Afridi’s heroism and subsequent incarceration.

“As you celebrate the Oscars, please consider spending a few moments of your limelight to draw attention to Freeing Dr. Afridi. Since the real star of 'Zero Dark Thirty' is not here to accept his award for best True American Hero, perhaps you can accept yours partially on his behalf,” continues the ad, before encouraging those to seek more information by emailing FreeAfridi@rhlgroup.com.

“I’m really proud to be an American, I love this country," Bob Lorsch, the chairman of healthcare company MMR Global, who is heading the campaign, told FoxNews.com. "But I was horrified and personally offended that this doctor has been left behind and is rotting in a prison, sharing meals with the same militants who would kill our soldiers. So I had to do something."

But after fruitless attempts trying to contact agents, studios and talent to spread the word on Oscar night, Lorsch decided the most effective approach would be drawing attention via the popular entertainment industry trade publication.

“The phone has been ringing off the hook, people are just flabbergasted, they never really knew about this,” he told us in the hours after the magazine hit stands. “We know the power of the Academy Awards, and we hope celebrities will draw attention to this travesty. Without the help of this man, we wouldn’t have ever even had a film like ‘Zero Dark Thirty.’”

Rep. Rohrobacher also offered his support for Afridi and the RHL Group campaign.

“Mr. Rohrabacher is fully supportive of all efforts to bring attention to the injustice inflicted upon Dr. Afridi, perpetrated by both the U.S. government and Pakistan," Rorabacher's rep told FoxNews.com. "Dr. Afridi is a hero and without his courageous actions, Osama Bin Laden may still be alive and 'Zero Dark Thirty' wouldn’t exist. As those in Hollywood are celebrating on Oscar night, let them be reminded Dr. Afridi languishes in a Pakistani prison.”

Sony, the studio behind “Zero Dark Thirty,” as well as its producers and stars did not respond to a request for comment.

And while Hollywood figures in general seem to have stayed silent on the issue so far, those rallying behind Afridi are confident increased attention could really help.

“This is the year of ‘Zero Dark Thirty,’ a movie which depicted one man – Dr. Shakil Afridi – who was left behind by the U.S. government even though he was the one who collected the pivotal evidence that led to raid on Usama bin Laden,” a source close to the efforts to free the doctor told us. “He is languishing in a forsaken jail and is now viewed as a forgotten, abandoned hero. People see this as the exact time to come to his rescue while the film ‘Zero Dark Thirty’ is so hotly in the spotlight. It's the most crucial moment there can be in which Hollywood can create public awareness.”

“It would be immensely powerful and heard around the world if stars at the Oscars would raise a voice of moral conscience for Dr. Shakil Afridi," he said. "Afridi is a hero who helped America and celebrity attention could help this man tremendously. It would send an incredible message to the world that America cares about people who help them if Hollywood would demand freedom for Dr. Shakil Afridi."