“Late Show” host Stephen Colbert spoke out against hate on Monday and blasted President Trump’s response in the wake of Pittsburgh synagogue shooting.

The CBS late-night host touched on the mass shooting at the Tree of Life synagogue on Saturday that left 11 people dead.

“It’s tragic; it’s sickening and our thoughts are with the victims, their families and the larger Jewish community,” the comedian said during the opening monologue. “More than that, I want to say, hate is not what America stands for and tonight all of us are with you.”

The suspected gunman, Robert Bowers, is allegedly a white supremacist who spewed anti-Semitic hate on social media. “HIAS likes to bring invaders in that kill our people. I can’t sit by and watch my people get slaughtered. Screw your optics, I’m going in,” a message written by Bowers.

HIAS, a Maryland-based nonprofit, helps refugees across the world and is guided by Jewish values, the organization says.

Colbert went on to praise the charitable efforts by people, singling out a Muslim group that began an online fundraiser for victims of the shooting that raised over $140,000 at the time of the show. Since the airing of the show, the fundraiser has raised nearly $180,000.

“I know what you're saying, ‘Yeah, it’s easy to have that kind of goodwill between historical friends like the Jewish people and Muslims,” Colbert joked. 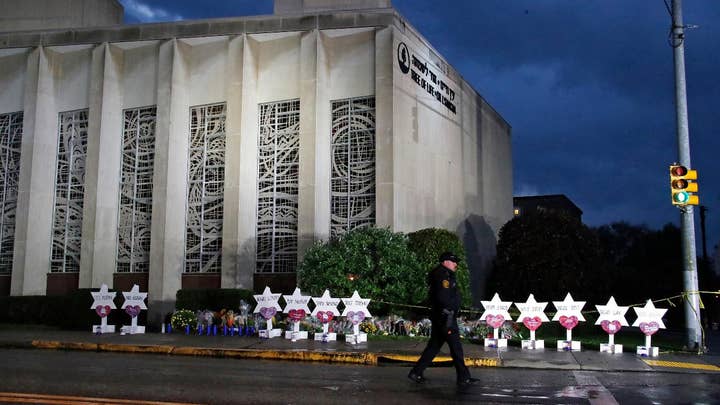 The late-night show host then put the focus on Trump. “Naturally, in times like these, our nation looks to our president for comfort and guidance. That’s our first mistake,” he said.

ARMED GUARDS IN SYNAGOGUES, MOSQUES AND CHURCHES ARE NOT THE ANSWER, PITTSBURGH MAYOR SAYS

He attacked the president for his comments in the aftermath of the shooting that an armed guard could have prevented the casualties.

“Yes, it’s so simple,” the comedian said in Trump’s voice. “Why didn’t they have an armed guard for the last 5,000 years? Moses could have saved a lot of time walking through the desert if Pharaoh knew he was packing.” 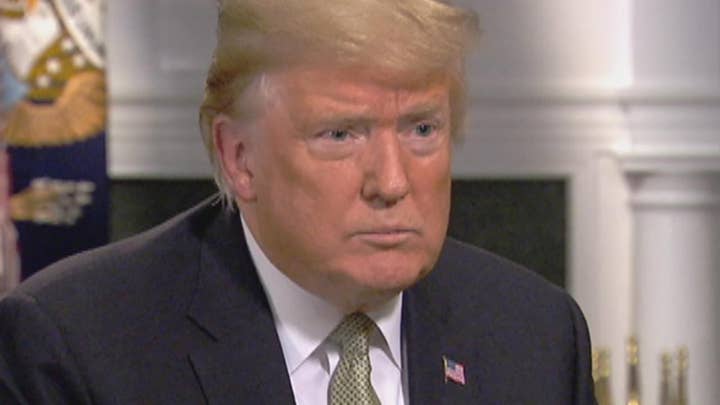 Trump suggested on Saturday in relation to the mass shooting that gun control “has little to do with it,” but added “if they had protection inside, the results would have been far better.”

“This is a case where, if they had an armed guard inside, they might have been able to stop him immediately,” Trump said. “Maybe there would have been nobody killed, except for him, frankly. So it's a very, very -- a very difficult situation.”