A CNN panel seemingly reached a consensus that the mainstream media is "helping" shift the Democratic Party toward the left following former Vice President Joe Biden's abandoning his support for the Hyde Amendment.

On Sunday's episode of "Reliable Sources," the panel discussed the "media back story" behind Biden's drastic policy shift on the Hyde Amendment, which outlaws federal funding for abortions. New York Magazine correspondent and CNN contributor Irin Carmon gave credit to "activism" on social media and how the mainstream media is "more aware" about the internal debate among Democrats.

"it’s really interesting because even since Biden was Vice President, there has been ground level activism and online activism that has increasingly gotten the ears of mainstream media criticizing the Hyde Amendment," Carmon began. 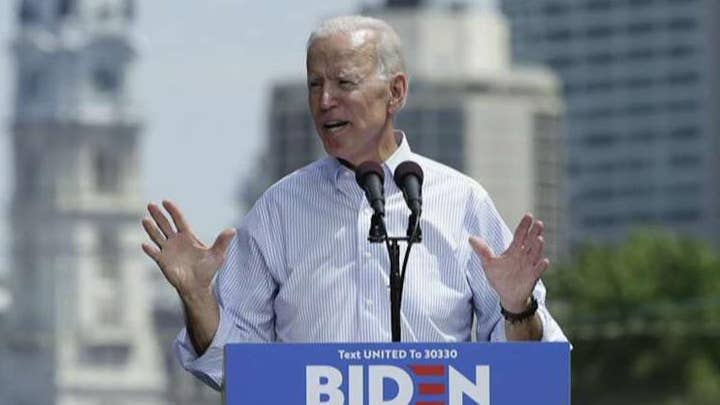 "This is something that has generally not been in the center of Democratic politics but because of Twitter, Facebook, online organizing and grassroots organizing, I think mainstream media now is more aware that there is an internal debate among progressives about whether things like the Hyde Amendment throw low-income women under the bus. And that increasingly, that pipeline has gotten shorter and shorter between progressive ideas and mainstream journalists like NBC News asking Biden about it."

"It’s shifting the party to the left, absolutely," Carmon responded. "It’s changing what the center is."

The Biden campaign was repeatedly grilled by the media for the former vice president's flip-flop. In May, Biden appeared to commit to abolishing the Hyde Amendment after supporting the legislation for over 40 years. Then last week, his campaign confirmed that he still supported the amendment, which sparked major backlash from 2020 candidates and other progressives. Less than 24 hours later, he told a crowd that he could no longer support the Hyde Amendment.