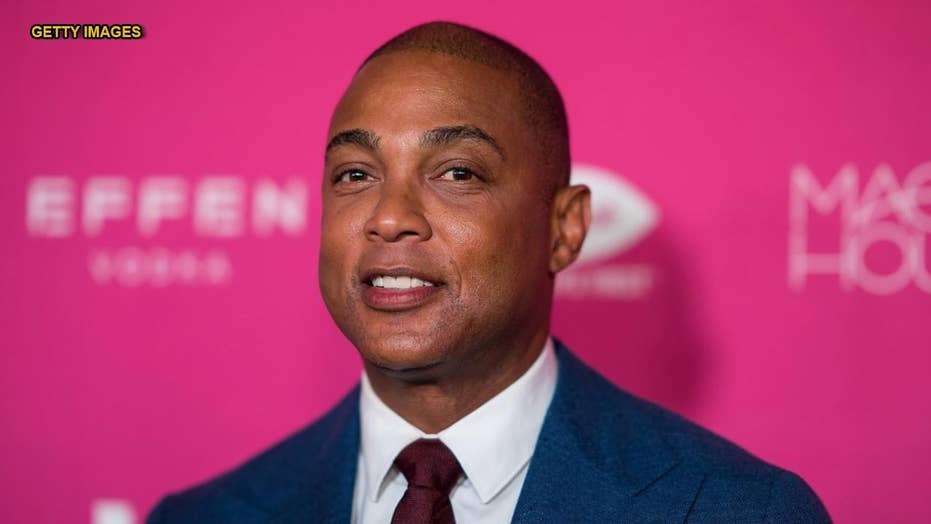 CNN host Don Lemon is under fire after a disturbing, on-air rant in which he declared that 'white men' are the biggest terror threat to the United States, noted that 'there is no white-guy ban' and wondered aloud, 'what do we do about that?'

CNN anchor Don Lemon sounded off on what he called President Trump’s “lies,” and claimed the commander in chief's supporters only call out fact-fudging when it comes from Democrats.

After his colleague Chris Cuomo closed his show by questioning the president’s evolving narrative about his business ties to Russia, Lemon said that Trump “lied about the lies that he lied about.”

“To me, I think it has been sort of been accepted that this president lies and normalized in a way and that is bothersome no matter who is president, but that’s just bothersome to me and what it does to the fabric of our society,” Lemon told Cuomo during their primetime hand-off.

Cuomo agreed with the sentiment, saying that lying is “the basis of all criminal prosecution and political upheaval.”

'If you’re a Trump supporter, how would you feel if Barack Obama had done the same thing or Bill Clinton or even George W. Bush?'

“He has been lying about things. It has now become a matter of fact in terms of the understanding of what happened around him with respect of Russian interference,” Cuomo elaborated. “There’s going to be trouble ahead.”

Lemon invoked Trump’s “lying” about the “private transactions” that were made with adult film star Stormy Daniels and former “Playboy” model Karen McDougal during the election, asking why he “didn’t disclose them.”

“I don’t get it. I don’t get how so much lying is acceptable. It’s just not for me,” Lemon said. “I know that politicians have issues with the truth sometimes, but this is on steroids, Chris. This is outrageous.”

Back in August, Trump tweeted that Lemon was the “dumbest man on television.” (AP)

Cuomo predicted to Lemon that “the game begins” once when Special Counsel Robert Mueller shares his findings with the public, which Lemon responded by saying that public opinion is “going to shape a lot of this” and that it’s something that the president is “banking on.”

However, Lemon then took aim at Trump’s supporters.

“The truth is the truth is the truth and people should dig down within themselves and think about it. If you’re a Trump supporter, how would you feel if Barack Obama had done the same thing or Bill Clinton or even George W. Bush?” Lemon asked. “If they had done the exact same thing, how would you feel? I think they would be feeling a whole lot differently than they feel about this because nothing seems to matter right now. Truth doesn’t matter unless - the truth only matters for Trump supporters when it’s a Democrat.”

Lemon is a frequent critic of Trump and his administration and has himself been the subject of Trump attacks. Back in August, Trump tweeted that Lemon was the “dumbest man on television.” And during the 2016 election, the then-candidate also called him a “lightweight” on Twitter and that he was “dumb as a rock.”