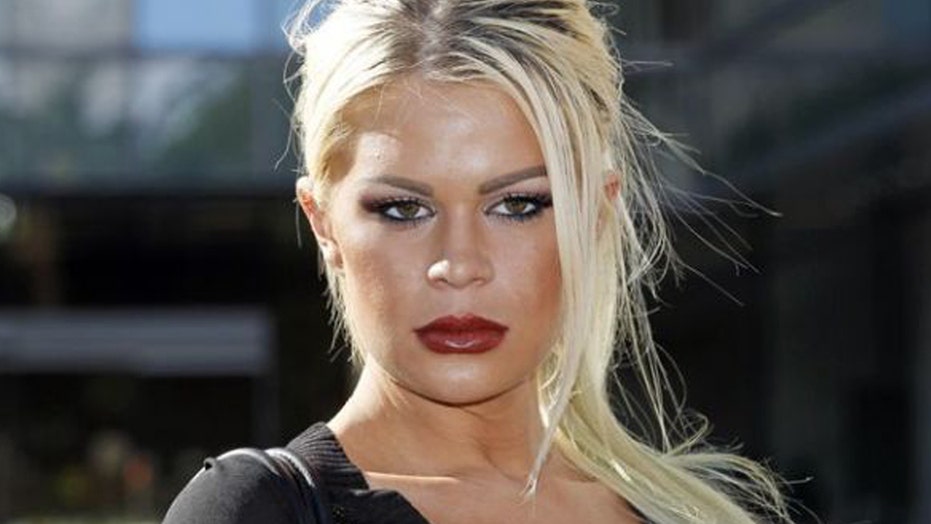 FOX411: Model was 18 when she says he drugged and assaulted her

Chloe Goins withdrew her case in February against Bill Cosby in which she claimed the comedian drugged and sexually abused her during a party at the Playboy Mansion in 2008 when she was 18 years old.

The new complaint repeats Goins’ original claim that Cosby drugged the then 18-year -old Goins’ drink, causing her to become unconscious. When she awoke, the suit claims, she was naked with a sticky substance on her chest, and Cosby was sucking on her toes. Hugh Hefner is also named in this week's complaint, as Goins’ says the Playboy mogul was aware of Cosby’s alleged misconduct, and even “suggested Goins go and ‘lie down’ in a bedroom at the residence.”

“Defendant Hefner’s actions of inviting and hosting young and
impressionable and possibly minor children lo his residence, and
providing alcoholic beverages and or foreign substances was negligent at the very least,” the complaint reads. “Additionally, his act of inviting or housing and introducing Defendant Cosby, the Defendant Hefner knew or should have known had a history of severe and serial sexual battery and or possibly rape of women was negligent at the very least...."

Goins is seeking a jury trial and damages.

In explaining the reasoning behind filing another complaint after withdrawing their initial lawsuit, Goins’ lawyer Spencer Kuvin told FOX411: “As Ms. Goins' attorney, it's my job to protect her rights to the court system provided to her under California law, which includes among other responsibilities, timely filings and appropriate venue. This latest development is about doing what's best for her.”

“Ms. Goins' goals haven't changed since she went public with her horrific story of assault by Bill Cosby last December,” Kuvin said. “Ms. Goins wants to see Mr. Cosby held accountable for the sexual assault he perpetrated on her and more than 60 other women over three decades. She understands that the wheels of justice turn slowly, and that this is an arduous journey, but she's in it for one reason, and one reason only -- justice and vindication from the man who assaulted her, stole her innocence, and inflicted years of ongoing emotional and psychological trauma.”

“We withdrew the case on her behalf in light of an internal review of all available legal strategies and options afforded to Ms. Goins in her long and arduous pursuit of justice against her attacker, Bill Cosby.” He added, “The bottom line is that we are doing what is in the best legal interests of Ms. Goins – filing in state court and including Mr. Hefner as a conspirator.”

In 2014, Hefner’s name was mentioned by another alleged Cosby victim, Judy Huth. She claimed to have been assaulted at the Playboy Mansion when she was 15. That December, Hefner issued a statement regarding those allegations: “Bill Cosby has been a good friend for many years and the mere thought of these allegations is truly saddening. I would never tolerate this kind of behavior, regardless of who was involved."

Cosby has continually denied sexual assault claims. In May 2015, during an interview with ‘Good Morning America’ the former TV star said of the allegations, “I have been in this business 52 years and I've never seen anything like this. Reality is a situation and I can't speak."

Cosby’s rep declined to comment for this story. Playboy’s rep did not immediately return email messages or calls.