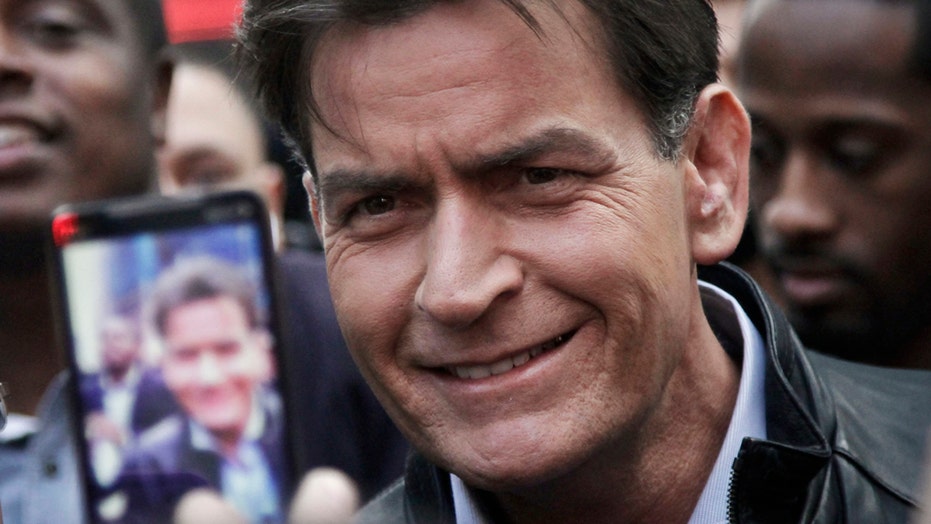 In an interview Tuesday on NBC's "Today," the 50-year-old Sheen says he tested positive for the virus that causes AIDS about four years ago.

"It's a hard three letters to absorb. It's a turning point in one's life," the former "Two and a Half Men" actor said.

Sheen said he had already paid "upwards of $10 million" to keep the information secret.

His personal physician sat by his side during part of the interview and detailed the star’s treatment. He said after the actor was diagnosed he was “immediately put on treatment, strong anti-viral drugs, which have suppressed the virus.”

Sheen and his doctor declared the star has an undetectable level of the virus in his blood.

“Charlie does not have AIDS,” his physician declared. “Charlie is healthy.”

Sheen said he takes four pills every day and he has never missed a dose.

“I still drink a little bit,” he admitted.

“We’re so so anxious that if he was overly depressed or abusing substances he would forget these pills,” the physician said. “He’s managed to continue to take this medication.”

"I thought I had a brain tumor," he recalled. "I thought it was over."

The star said he was coming forward with the truth because of the rumors surrounding his health.

"I have to put a stop to this onslaught, this barrage of attacks and of sub-truths and very harmful and mercurial stories that are about me, that threaten the health of so many others that couldn't be further from the truth."

Sheen said the most hurtful rumor he read claimed he intentionally transmitted HIV to his partners.

"That’s as far from the truth as anything can be," he said.

Drug and alcohol use have marred Sheen's personal and professional life in recent years. He was kicked off CBS' "Two and a Half Men" in 2011 after an explosive meltdown that included calling the show's producer "a contaminated little maggot."

His escapades have also included the revelation that he spent more than $50,000 as a client of "Hollywood Madam" Heidi Fleiss' prostitution ring.

"You can only hear ‘winning’ in the streets so many times,” he said of his meltdown. “I am approaching  a time of more of a philanthropic culture in my life.”

Sheen said he wants to try and help people now that he has come forward with his condition.

"I’m not going to be to poster-man for this, but I will not shun away from responsibilities and opportunities that drive me to helping others," he said. "I will pick my spots [for speaking out about HIV] carefully and respectfully."

"Two and a Half Men" debuted in 2003 and starred Sheen as womanizing bachelor Charlie Harper. It made Sheen one of TV's highest-paid actors and at its peak was TV's most-watched sitcom.

“My financial situation is not great,” Sheen admitted. “I’ve been up; I’ve been down; I’ve been rich; I’ve been poor. It’s another chapter of my life.”

The actor said he does not expect his admission to affect his career opportunities.

"I mean as we speak… I have a couple of films lined up that I can put start dates on... Thus far there has been no resistance [in hiring me]."