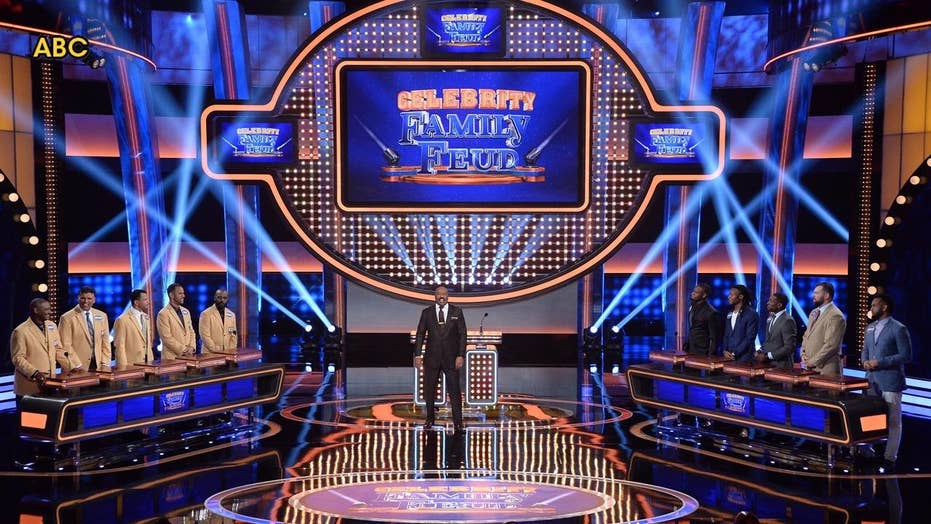 Fox411: Star former players from the MLB, NBA and NFL went head-to-head to compete for their respective charities

If you’re a sports fan, Sunday night was your night on “Celebrity Family Feud.” Star former players from both the Major League Baseball, National Basketball Association and National Football League went head-to-head to compete for their respective charities, and things got competitive.

First up it was the MLB against the NBA, with the former led by Ozzie Smith and the latter by James Worthy. Chief among those excited to have the sports stars on the big stage was host Steve Harvey, who couldn’t help but gush over the players every chance he got. He told Worthy that he missed the days when he played and practically melted while talking to MLB star Pedro Martinez. However, the funniest moment of friction between the two teams came when Robert Horry playfully called out Harold Reynolds for keeping two hands on the buzzer podium instead of the designated one. Sadly, the strict adherence to the rules did no good for the NBA as they ended with zero points, sending the MLB tothe next round.

However, the baseball legends may have made a slight tactical error sending Martinez to the Fast Money round. While an incredible pitcher and a charismatic presence on stage, his Dominican accent made it difficult for him to hit some of the questions about rhymes. He suggested “Miami” as a rhyme for “tummy,” which Harvey made no bones about poking fun at. He underperformed in the Fast Money Round and the MLB was just one point shy of winning the full payoff. However, their charity didn’t go home empty-handed.

In the second round, it was the NFL all-stars, led by Le’Veon Bell, and NFL legends, led by Marshall Faulk. Harvey was somehow more excited to talk to the football stars, showcasing an almost encyclopedic knowledge of everyone’s careers. The football boys were way more into trash talk and rejected handshakes, but the biggest burn of the evening came when the host made fun of Bell’s first answer.

When asked if a nude lady came to one’s door, what was the most popular answer for what you would do among 100 men, the football star had a less-than-stellar response.

“She’s already there!” Harvey joked, before riffing for a good minute on the absurdity of pulling a number in that moment.

In the end, the Legends were the ones that made it to the Fast Money round, where they won the big $25,000 prize for their charity. Afterward, there appeared to be no hard feelings between any of the athletes as they shook hands at the end of each round.