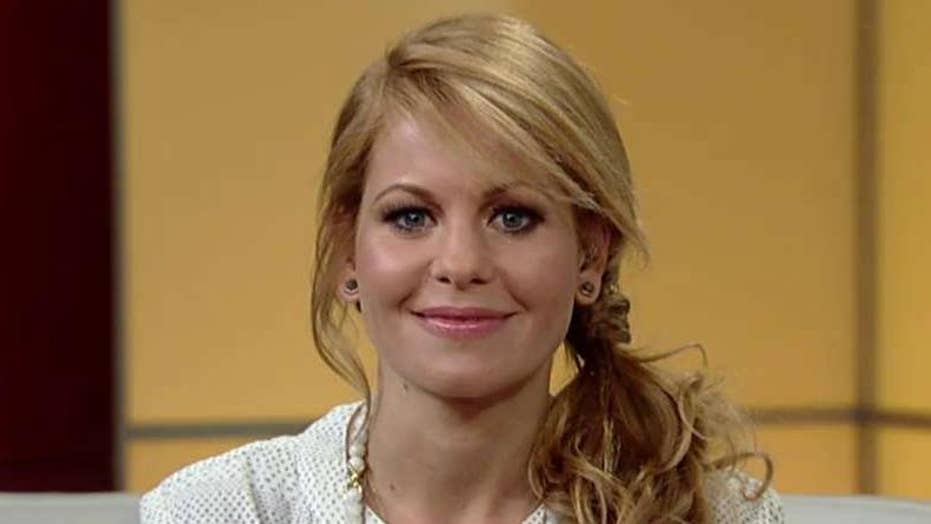 During their appearance on "Watch What Happens Live," a caller asked the co-stars to react to the parody, and Cameron-Bure joked that Sweetin had already seen it. "I haven't seen it!" Sweetin, 34, exclaimed. "I'm excited. That's hilarious."

Host Andy Cohen had Cameron-Bure, 39,  to cover her ears as he revealed the title of the adult film is "Fuller Holes." That's when the actress revealed what she thought the parody should be called. "I was hoping for 'Full Blouse,'" she quipped.

Sweetin was also asked if she stole anything from the "Full House" set and she admitted that she still has her Mr. Bear. "I mean I didn’t steal Mr. Bear. They gave me Mr. Bear, but I would have stolen it had they not given it to me," she explained. "I didn’t actually bring him back for "Fuller House." He’s still kind of wrapped up in a little bag in my office, well preserved. He also has aged gracefully over the last twenty years. But yeah, I will try and bring him back one of these days."

As for the guys on the show, Cameron-Bure's on-screen love interest, Scott Weinger, spilled some details to ET about the "Full House" reboot. "We just fell right back into it, that was very strange," the actor said of the series, which is now streaming on Netflix. "Like 20 years hadn't passed, [like a] college reunion."