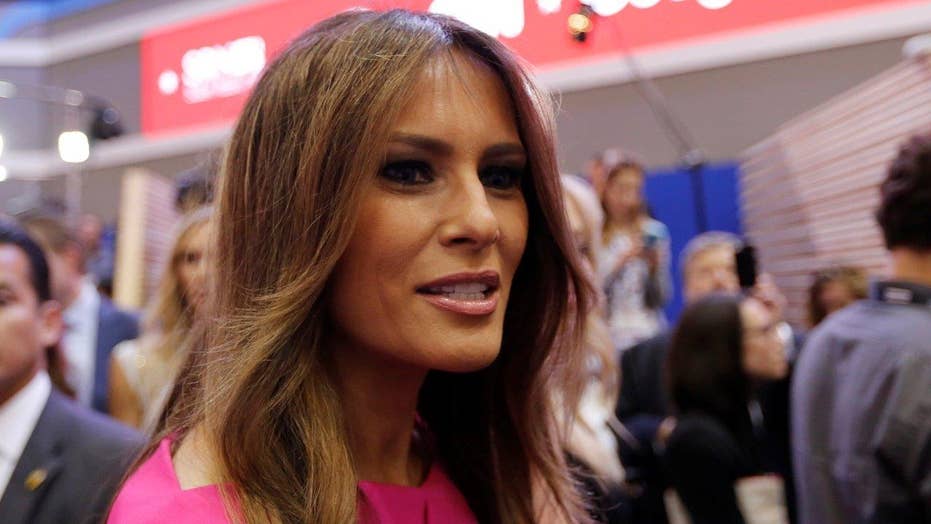 Racy Melania Trump ad fair game or over the line?

Four4Four: Fair game or over the line for an anti-Trump Super PAC to use one of Melania Trump's racy modeling shots in an ad ahead of the Utah caucuses

The risque British GQ photo shoot with Melania Trump (then Knauss) from January 2000 being used in a controversial political meme was re-published on the magazine's web site earlier this month.

Titled "The Future First Lady? See Melania Trump's nude photo shoot," the 15-year-old shoot features the then model in various poses in and outside of a private jet.

GQ-magazine.uk.co noticed its repurposed pics, writing: "We always knew American politics was weird, but we didn't realize it could get this weird..."

The meme making its way around the Internet was one of three ads created by the anti-Trump group Make America Awesome ahead of Tuesday's Utah caucuses.

However, Trump went after his fellow candidate Ted Cruz instead.

Cruz responded to Trump on Twitter saying, "Pic of your wife not from us. Donald, if you try to attack Heidi, you're more of a coward than I thought. #classless."

Many on social media joined in on the latest Trump controversy.