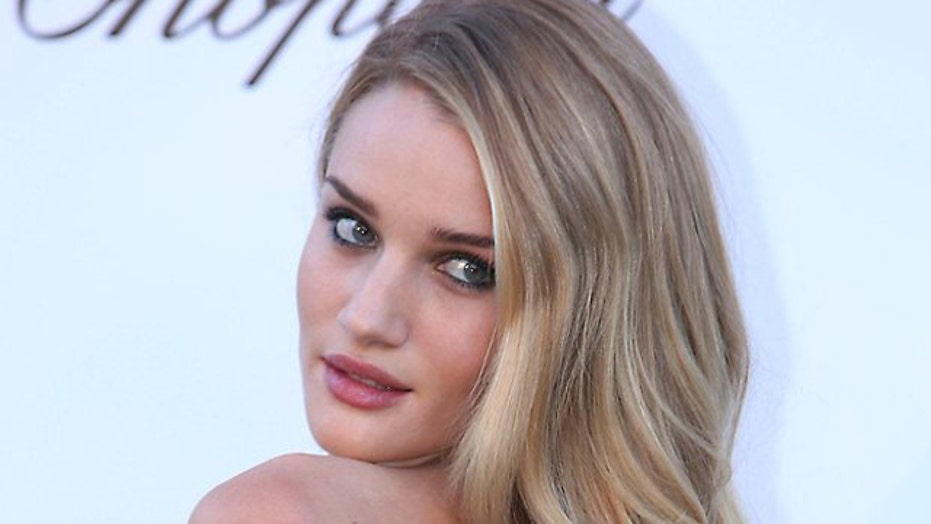 Rosie opts for top to drop

Plus Kiebler talks Clooney and some non-creepy pickup places

First! Uh-oh. Supermodel and 'Transformers' eye candy Rosie Huntington-Whiteley recently lost her top, but it was no accident. The English rose was posing for a photo shoot in Australia, a shoot where shirts were apparently not permitted.

But we don't think she meant to expose this much.

Next! Stacey Kiebler just ended her contract, I mean, broke up with George Clooney after dating for two years. The TV personality showed absolutely  no signs whatsoever of heartbreak in a recent interview. In fact she claimed she and George are still friends. "Of course… there’s nothing really dramatic that happened, so it’s all good." Way to focus on the silver lining Stace!

Finally! BroBible has come up with places to pick up women that they say are not creepy. I'll be the judge of that.

One of their recommendations is ... the grocery store. "The best time or place to pick up a gal in one of these stores is while you’re waiting either in line to check-out or if you’re both waiting for your freshly cut salmon or steak. An easy way to start a conversation is to bring up a recipe for the fresh salmon or burger meat you just picked up. Ask her how she likes hers cooked, or if she likes cooking."

Hmm. Although not terribly creepy, the grocery store is still sacred territory. For one, it is usually located near her home, and therefore if you creep her out, it will force her to drive an extra 5-10 miles to the other less convenient grocery store in order to avoid you. Not cool.

Another BroBible pick up spot that I do agree with is a concert. It's a fun, relaxed environment, and if you struck out, no biggie, you'll probably never see each other again.