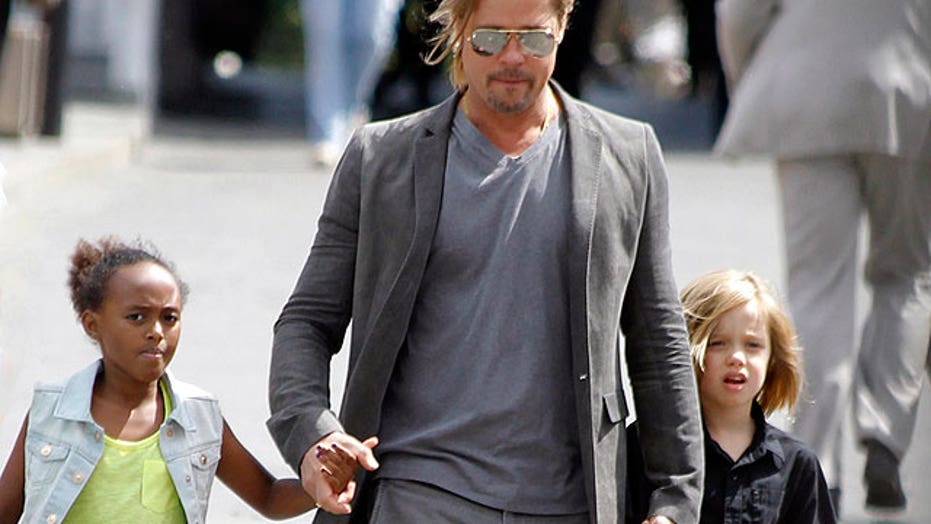 Pitt has a double standard

Angelina Jolie says Brad Pitt does not want their kids to adopt their love of tattoos.

In fact, the 39-year-old “Unbroken” director says, Pitt, 50, is having a hard time imagining his daughters with ink.

The couple, who quietly tied the knot in France in August, have six children: twins Vivienne and Knox, 6, Shiloh, 8, Zahara, 9, Pax, 11 and Maddox 13.

“They’re already asking me about tattoos,” Jolie told Radio Times after saying Maddox has already asked for a tattoo and Zahara has begun exploring her curiosity.

“How do I say ‘No’? It’s especially hard for dads and girls,” she said. “For some reason men get a little more sensitive when the daughter gets a tattoo.”

She confesses that the girls have him wrapped around their fingers. “And Brad think girls can do no wrong,” she added. “He’s mush in their hands!”

As for the kids’ career decisions, Jolie is not keen on them joining Hollywood. “We’ve always said, if they want to act, we won’t let them only act, because it’s not enough,” she explained. “They’ll have to find a real job at the same time.”