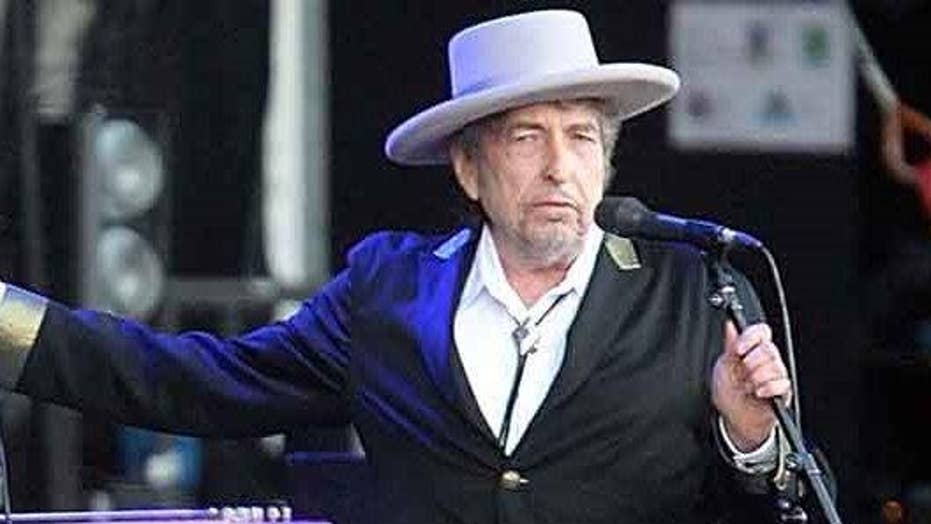 It’s been five days since Bob Dylan was awarded the prestigious Nobel Prize in literature, making history as the first musician ever to take home the award. Yet the rock star hasn’t said a word about the win – not even when he took the stage at Desert Trip in Indio, Calif., over the weekend.

No one knows how he feels about the prestigious award — not even the Nobel judges.

The Swedish Academy, which bestows the annual honor, says it hasn't been able to reach Dylan since the award was announced last Thursday.

Permanent Secretary Sara Danius told Swedish Radio she's been in contact with a close associate of Dylan, but not the laureate himself.

"I am not worried at all. I have a feeling that he will get in touch," she said.

Danius said the academy isn't making further efforts to reach him, but hopes he will accept the invitation to collect his award at the annual Nobel ceremony in Stockholm on Dec. 10.

Only two people have declined a Nobel Prize in literature. Boris Pasternak did so under pressure from Soviet authorities in 1958 and Jean-Paul Sartre, who declined all official honors, turned it down in 1964.

Dylan, who is currently on tour in the U.S., hasn't mentioned the Nobel Prize during his concerts since the announcement.

As of Tuesday, his official webpage made no mention of the prize except in the "books" section, where a post dated Oct. 17 about his lyrics collection "The Lyrics: 1961-2012" noted in all caps that he was a Nobel Prize winner.