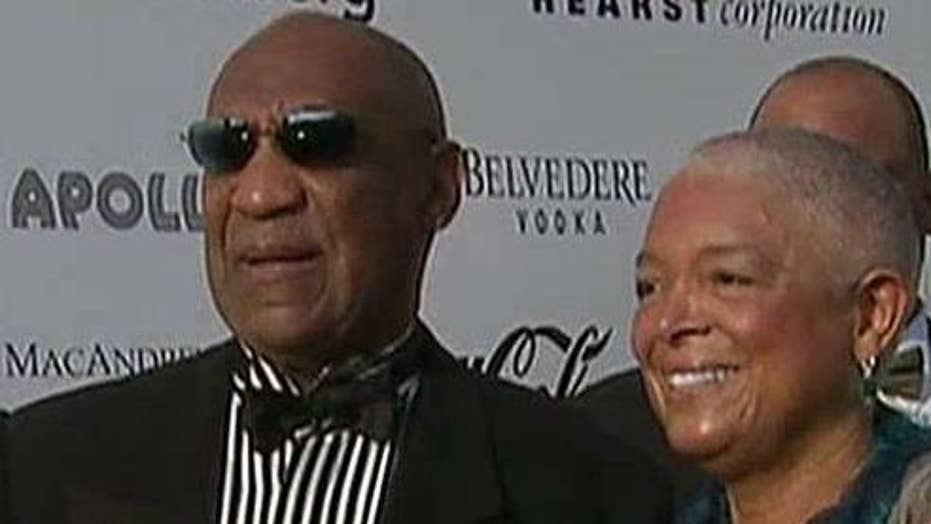 SPRINGFIELD, Mass. – Bill Cosby's wife is slated to answer questions under oath in a defamation lawsuit brought against her husband by seven women who claim the comedian sexually assaulted them decades ago.

Camille Cosby is scheduled to be questioned by a lawyer for the women Monday at the Springfield Marriott. It is believed to be the first deposition Camille Cosby has given since dozens of women went public with allegations of sexual misconduct against her husband.

Lawyers for the Cosbys have argued that she does not have any information on the accuracy of the women's claims and that her conversations with her husband are confidential under the Massachusetts marital disqualification rule. They attempted to quash the deposition.

A judge had ruled Friday that Camille Cosby's deposition must proceed. However, defense lawyers filed an emergency motion late Saturday requesting it be delayed, saying the 71-year-old "has had no involvement with the facts or allegations underlying this case." They argued her public testimony would create "an unnecessary media circus and personal security threat that serves no purpose other than to harass and embarrass her."

In a ruling late Sunday, a judge said Monday's deposition can take place.

The Cosbys have a home in Shelburne Falls, about an hour's drive to Springfield, where the lawsuit was filed. The couple has been married for 52 years.

A lawyer for the women argued that because Camille Cosby has been the TV star's wife and business manager, she could have useful information.

The plaintiffs in the Massachusetts defamation case are among about 50 who have accused Cosby of sexual misconduct.

In December, Cosby, 78, was charged in Pennsylvania with drugging and sexually assaulting a former Temple University employee at his suburban Philadelphia home in 2004. Cosby has pleaded not guilty. Earlier this month, a judge denied a motion by Cosby's lawyers to dismiss the charges. A preliminary hearing is scheduled for March 8.

Cosby's lawyers have said in court papers that the deposition is "nothing more than a thinly veiled attempt to pressure (the) defendant in the face of subjecting his wife to the shame and embarrassment of responding to questions about his alleged infidelities and sexual misconduct."