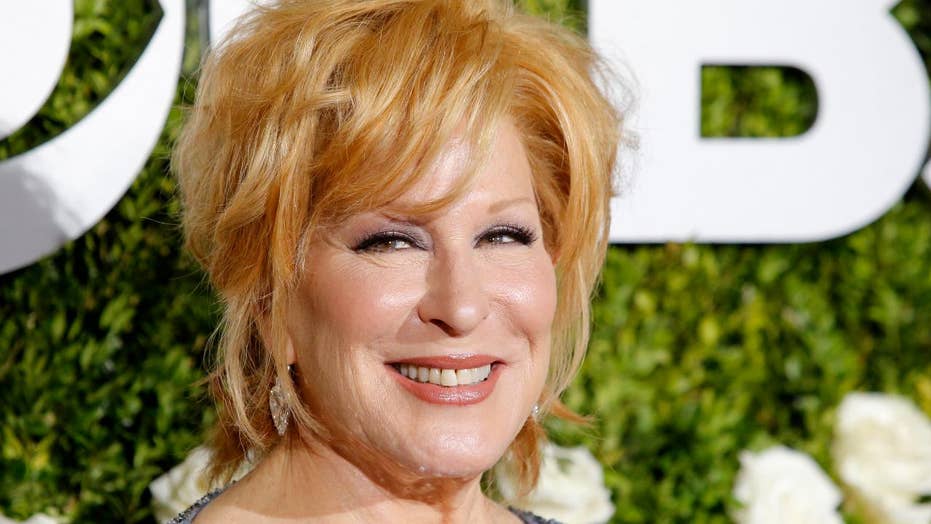 Actress Bette Midler faces backlash for a tweet that references they brutal assault that Sen. Rand Paul (R-Ky.) faced at the hands of his neighbor.

Bette Midler shocked the Twitterverse on Thursday with a post suggesting Sen. Rand Paul, R-Ky., should be physically attacked for his stance on the spending budget in the Senate.

Midler's tweet was referencing a violent November incident during which Paul was assaulted by his neighbor and suffered several injuries.

Rene A. Boucher, 58, admitted to attacking an unsuspecting Paul in his yard and is facing 21 months in prison. Paul suffered bruises to his lungs and broken ribs, and contracted pneumonia following the attack.

One of Paul's aides, Sergio Gor, called out Midler for a tweet that crossed the line.

"This is disgusting @BetteMidler calling for violence. She should be ashamed," Gor tweeted.

So much for love trumps hate...

Usually idc what celebrities say about politics, I’ve loved Bette since I was a little kid- but this statement made me lose all respect for her. Ick

I made sure i saved this tweet so I can show everybody how you are advocating violence against a sitting senator. What a great role model you are.

So you are saying that having an ideological difference with someone is grounds for assault? So you give a pass to the bigot that assaults a person of a different race a pass? A person that assault’s a lgbt person because of whatever excuse is cool with you?

A rep for Midler did not return Fox News' request for comment.

Rep. Charlie Dent of Pennsylvania echoed Midler's tweet in an interview with Politico on Thursday.

"When Rand Paul pulls a stunt like this, it easy to understand why it's difficult to be Rand Paul's next door neighbor," Dent said.

The libertarian said "I object" when Senate leaders tried speeding a vote on the measure.

Paul complained the new budget accord would drive up federal deficits.

He said he could not "look the other way because my party is now complicit in the deficits."

Paul said he was asking for a 15-minute debate and then a vote on his amendment, which was certain to lose. He said the 652-page measure was "printed at midnight" and was a bill that "no one has read."

Paul's fellow Kentuckian, Senate Majority Leader Mitch McConnell, and Senate Minority Leader Chuck Schumer, D-N.Y., had no intention of caving in, knowing that would inevitably spark demands for amendment votes by other senators. Instead, they offered him a procedural vote, which Paul declined.

The move led the government to temporarily shut down from 1 a.m. on Friday until the Senate passed the deal just before 2 a.m.. However, the government had been officially shuttered for nearly two hours.

The House rushed to approve its version, wrapping up the vote just after 5:30 a.m. President Donald Trump signed the bill three hours later, reopening the government.