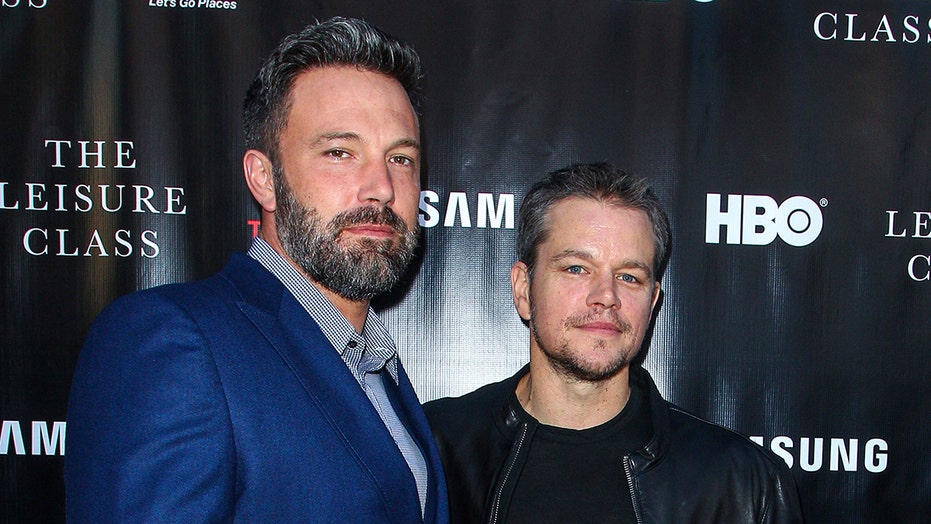 Ben Affleck has something to say about close pal Matt Damon’s Hollywood career.

The actor, 47, who stars in the heartwarming hoops film “The Way Back,” appeared on Sirus XM’s “The Jess Cagle Show” on Tuesday and loosely took credit for Damon’s storied career given their early start as friends growing up in Cambridge, Mass.

“When I was really young, my mom’s friend [was] a casting director in Boston,” Affleck said. “She was casting a kids’ science and math, adventure, sort of pre-"Dora the Explorer" kind of show for PBS and had me come in to audition and worked with me on it. I was 7 or 8 and ended up getting the part.”

The “Gone Girl” star said even though the show aired here and there his experience as a child actor was minimal.

“I’m glad that I had a normal childhood and grew up in a normal way in Boston,” he said of growing up near the city.

In November, Damon even told a story on “Conan” about the time Affleck came to his defense during a football game among friends during a snow day when Damon had gotten into a fight as a junior in high school and Affleck was just a freshman.

Still, despite only acting for a short time as a young performer, Affleck said he learned a great deal about the craft that he still carries with him today.

“It instilled in me a deep sort of love and affection for this art and craft and line of work. And it made Matt Damon so incredibly jealous [that] it drove him into a career in cinema. So I really take credit for that,” he jokingly said.

Affleck sang a similar tune on “Jimmy Kimmel Live” later in the evening, adding that Damon had “boiled with envy” at his part on the children’s program when the men were much younger and carried that competitive spirit into high school where they contended for the same roles in the fall play.

Actors Ben Affleck and Matt Damon pose together in a 1998 file photo. (Reuters)

“[Matt] walked up to me and said, ‘Let me give you a little advice. This isn’t TV, where you get by on your looks and your haircut. This is about talent,'” Affleck explained to the late-night host.

As life settled into place, the childhood friends would go on to act alongside each other in a number of films, including “Good Will Hunting” in 1997, “School Ties” in 1992, “Glory Daze” in 1995 among others, the pair even had small roles as extras in the 1989 classic “Field of Dreams.”