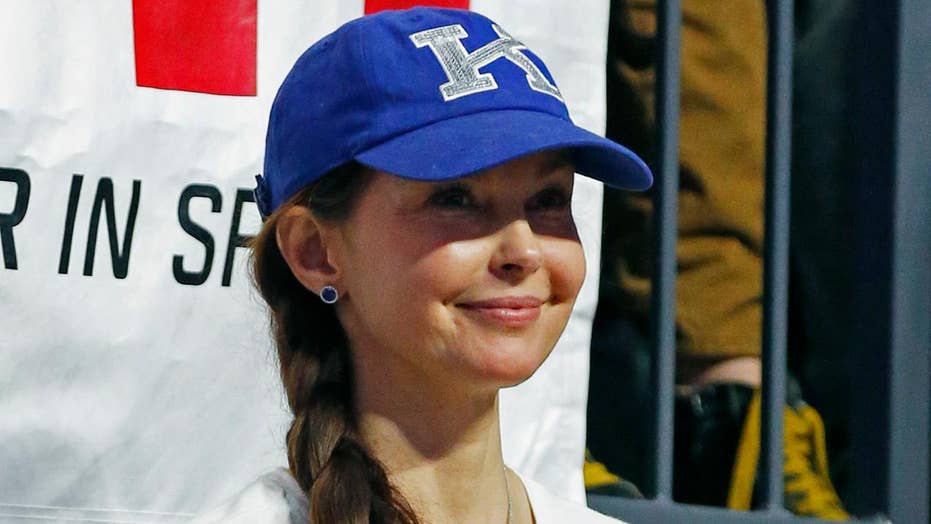 Ashley Judd was one of the first stars in Hollywood to publicly accuse producer Harvey Weinstein of sexual assault, encouraging over 40 women to come forward with their stories of abuse.

However, the 49-year-old star admitted she wasn't always met with acceptance when she tried to speak out. When she was a child, Judd faced an unwanted encounter with another man.

“I was sexually abused the first time [when] I was in the second grade and I’m teller. Ha, Harvey knows that,” the actress revealed at the 11th Annual HOPE Luncheon Seminar Wednesday at New York’s Plaza Hotel. Judd was honored with the 2017 HOPE Award for Depression Advocacy by the Hope for Depression Research Foundation.

“I went straight to some adults and I said, you know, this just happened, this guy molested me and the adults said, ‘Oh, that’s not what he meant, he’s a nice old guy,’” she shared.

Judd said being sexually abused as a child contributed to her private battle with depression.

“For me [depression is] like being down in a well, being down in the deep dark well and I just can’t get up,” she explained. “And I’m talking, and it’s just absurd to think that I could talk back to you. You know, I can’t hear you, you can’t hear me. It’s complete and total isolation...”

In 2006, People Magazine reported Judd underwent a 47-day program at a Texas treatment center for depression.

“I was in so much pain that the pain of being willing to change was finally less than the pain of staying the same,” she admitted. “And I had so much shame about what I had been through as a kid because it was my fault right? I was the burden, I was the abandoned one. That I was choked on my own shame, I couldn’t even talk about my shame.”

In 2011, Judd released a memoir titled “All That Is Bitter and Sweet” where she claimed to have been the victim of incest. Judd also wrote she endured traumatic experiences at the hands of her mother Naomi Judd’s romantic partners.

Judd is hoping coming forward with her depression will encourage others to seek help.

"...God has used me to be a gift to other vulnerable and suffering children around the world. Which really is a miracle given I once was one of those kids. So I am living hope for depression.”