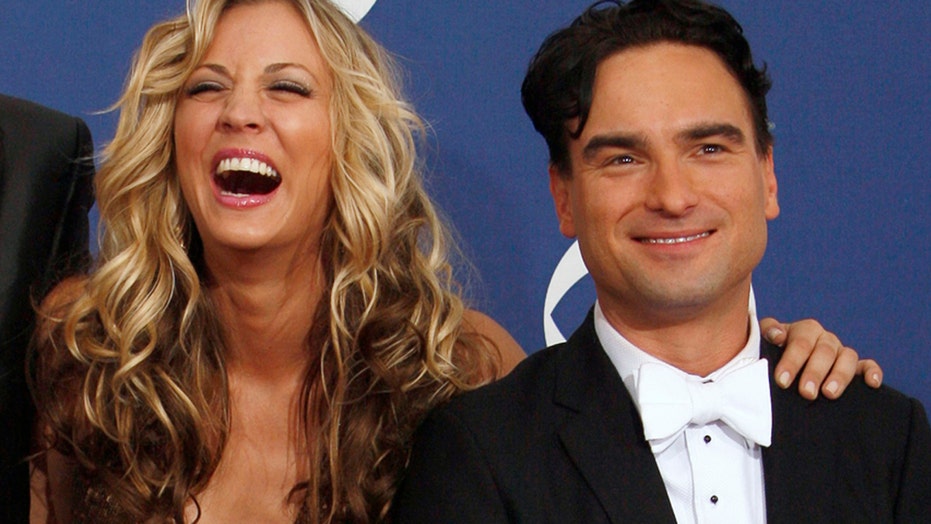 Kaley and Johnny the next Blake and Gwen?

Four4Four: 'Big Bang' co-star exes sure look like they're back on, despite denials; Plus: Is JLaw's clumsiness a publicity stunt?

When “The Voice” co-stars Blake Shelton and Gwen Stefani divorced their respective partners Miranda Lambert and Gavin Rossdale earlier this year, they denied up and down they were dating each other – until they finally admitted they were.

When Kaley Cuoco divorced her husband, tennis player Ryan Sweeting, at about the same time, she and her ex-boyfriend and “Big “Bang” co-star Johnny Galecki denied up and down they were dating, too.

But could they really be the next Blake and Gwen?

The two took to Instagram on October 14th to try to put the romance rumors to rest.

But denials are nothing new. When rumors back in September circulated that Stefani and Shelton were getting cozy, her rep said it was “completely untrue.” Then,  just hours before the Country Music Awards last week, Stefani’s rep released a statement, “Gwen and Blake are longtime friends who have very recently started dating."

Let’s look closer at the “Big Bang” co-stars’ relationship history. Galecki and Cuoco dated for two years before calling it off in 2010. Yet they continued to work together and remain friends.

In 2014, Cuoco spoke to Cosmopolitan magazine about ending her relationship with Galecki. “It took a minute, a bit of awkwardness,” she revealed. “By the grace of God, we became best buddies and moved on in such an elegant way. He's one of my closest friends. He was in the front row at my wedding, with a huge smile on his face."

Apparently they are now so “friendly” that over the weekend, Galecki posted a rather intimate photo of himself biting Cuoco’s shoulder.

After Stefani confirmed she was dating Shelton, she spoke to Dallas/Fort Worth radio station 103.7 KVIL about what a blessing Shelton has been in getting her through her divorce.

So is Galecki pulling a Shelton and helping Cuoco through her divorce? The two make $1 million per episode and are on-set together every day, and judging from their social media, spend a lot of quality time together. Galecki has posted three photos of Cuoco since he squashed the dating rumors on Instagram. And Cuoco just over the weekend posted a photo of Galecki and her sister, captioning it “So much fun tonight!”

Galecki’s last known girlfriend after was actress Kelli Garner. The two split up in 2014 after two years together but remain friendly. The couple even attended the Cuoco’s and Sweeting’s wedding in January 2014.

So could Galecki and Cuoco try the dating thing a second time? If they do, with the omnipresent social media and the tabloid press, they could only keep any romance a secret for so long.

Break Time: Hey Blake and Gwen, get a room!