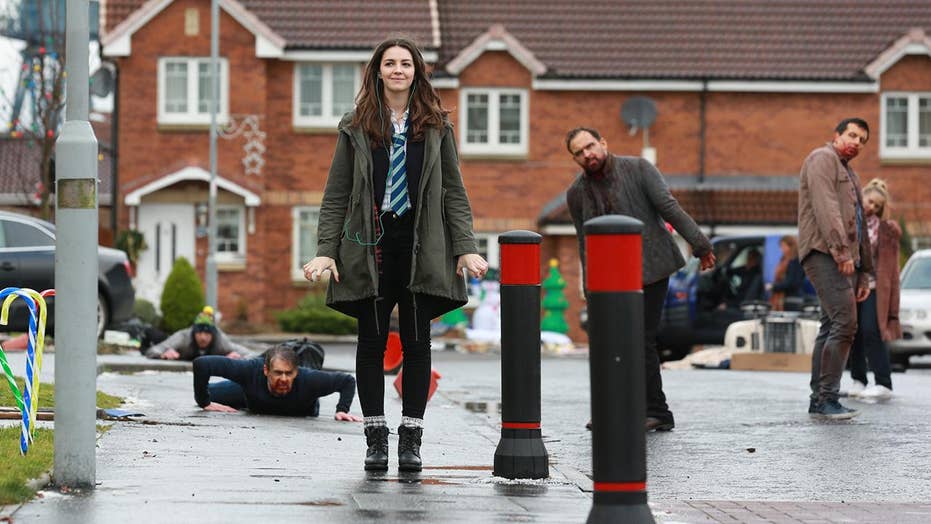 'Anna and the Apocalypse' is a 'zom-com' Christmas musical

Ella Hunt stars in this unique genre mash-up that hits theaters just in time for the holidays.

It’s a holiday movie with singing, dancing, family…and zombies? The comedy Christmas musical “Anna and the Apocalypse” offers a unique movie outing experience with its mash-up led by newcomer, actress Ella Hunt. Fox News spoke to Hunt about the fun of filming, female leads who inspire her and how there’s a hope this movie may one day achieve a “Rocky Horror Picture Show” sing-a-long following.

Fox News: What is this movie about?
Ella Hunt: It's a zombie musical set at Christmas and it's also coming of age story and I think that's a really important one when I'm describing it to family especially family and friends who are a little skeptical about it. I'm like, "Don't worry you will be able to relate to it." There is also this heart to the story.

Fox News: When you say it has "heart," what do you mean?
Hunt: It was representing young people in a more honest way than I had seen done in a lot of movies before. When the movie starts it’s got this John Hughes-y feel to it. We meet Anna, she’s in her last year of school. She’s bored and she wants to travel, she wants to get out of her small town and all her friends are dealing with similar things that you deal with in your last year of school. Feelings of uncertainty about what’s next and will my romance continue after school finishes, all these kind of typical things. We think these characters are clichés and then throughout the story everything goes a bit wild when the zombies attack and these characters go through this loss of innocence and have to reevaluate what’s going on in their world and it’s a nice breeding ground to talk about a lot of kind of buzz topics at the moment.

Fox News: The film has been described as a “Rocky Horror Picture Show” because people can sing along. What do you think of the comparison?
Hunt: I think the thing with the film is that we’re in the same costumes the whole way through. So a lot of people have been like you know you're basically Halloween costumes and that would be awesome. So if people want to take Anna in their arms like they did with the “Rocky Horror” and do late night screenings where you come dressed up … if people want to engage with it in that way then that's awesome.

Fox News: What was one of the more fun moments of filming?
Hunt: Discovering that fake blood was actually delicious was quite a funny moment. It’s made out of glucose syrup. I’m really glad that we didn’t shoot the film in the height of summer because I just would have been swarmed by bugs.

Fox News: Why is this movie a good choice for holiday movie audiences?
Hunt: Because it’s not the same as everything that anybody else has seen before. I mean, I don’t know who can say that they’ve seen a zombie Christmas musical in theaters. I love the playfulness of the movie, it makes me smile every time I watch it. It’s super sassy. I love the songs. But it’s also got a heart and I think it talks about loss and a loss of innocence and connectivity in a way that I find really intriguing and it’s a Christmas movie that I think you’ll have fun in but you’ll also come out thinking.