Amanda Seyfried has a new boyfriend.

A source confirms to ET that the 30-year-old "Ted 2 actress "and "The Newsroom" star Thomas Sadoski, 39, are dating.

The two reportedly became friends while appearing together in the off-Broadway production of "The Way We Get By" in 2015, and their relationship apparently turned romantic while shooting their upcoming film "The Last Word."

The co-stars walked the red carpet together at the Tony Awards in June, where they appeared cozy and friendly.

Currently, Sadoski is in the middle of a divorce from his ex, casting director Kimberly Hope. Sadoski and Hope tied the knot in 2007 after dating for over eight years. Divorce proceedings began in October.

Seyfried split from her boyfriend, actor Justin Long, in September after they began dating in 2013.

WATCH: Amanda Seyfried Really Wants a Child: 'I Keep Feeling Like My Eggs Are Dying Off' 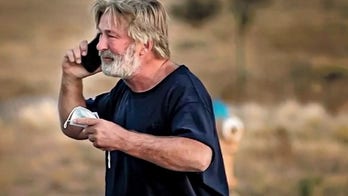