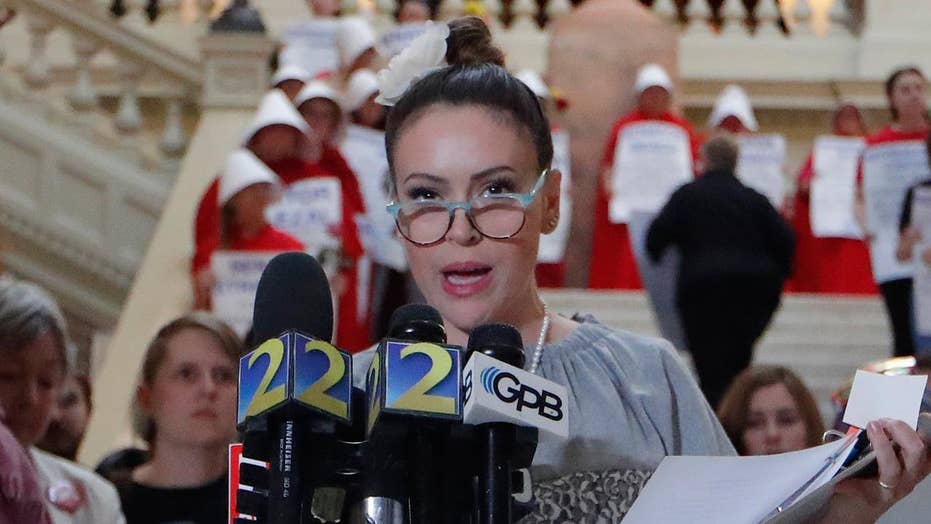 Alyssa Milano is offering women who have experienced abortion a chance to tell their stories.

The "Mistresses" alum reached out to her social media followers via Twitter on Friday and said their “personal abortion” stories would be shared on her upcoming podcast “Sorry Not Sorry.”

“If you’d like to share your personal abortion story on my podcast to help shine a light on the importance of bodily autonomy, please record story on your voice memo app and email it to below address. If you’d like to remain anonymous please say so in your email. #SorryNotSorry,” the actress and human rights activist tweeted.

The so-called “heartbeat bill” would prohibit most abortions in the state after a fetal heartbeat is detected, which can come as early as six weeks into a pregnancy — before many women know they are having a child. It would not apply in the case of rape, incest or if the life of the mother is in danger.

Georgia’s current law allows abortions to be performed up to 20 weeks into the pregnancy. The bill will allow rape and incest victims to have an abortion at up to 20 weeks, but would require them to file an official police report, 11 Alive reported.