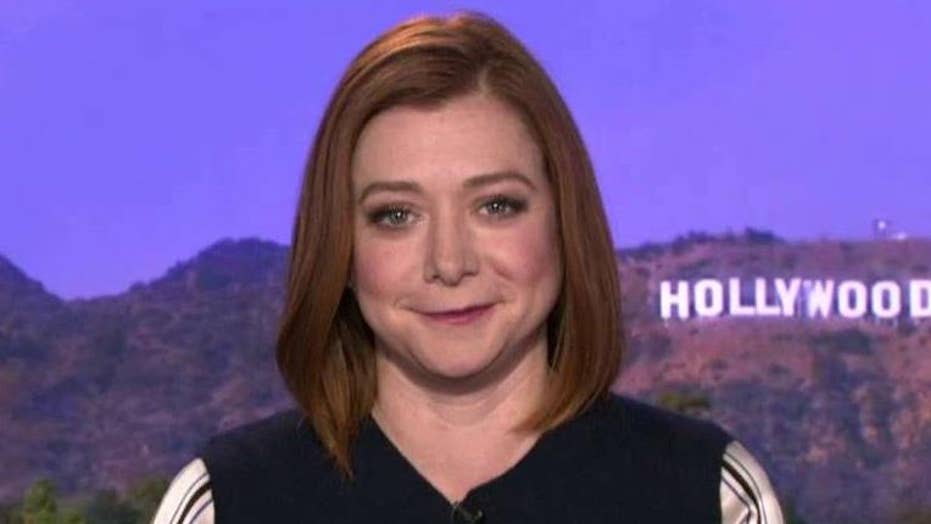 Fox411: Alyson Hannigan discusses Box Tops for Education's 'Don't Be Absent From School Campaign' and reflects on 'How I Met Your Mother', 'American Pie' and comes to the realization that 'Buffy the Vampire Slayer' is 20-years-old

Alyson Hannigan, now a mother of two, has many memorable roles on her resume, but the one that people can't stop asking about is, well, you know.

"When I’m with my kids I do sort of give them the look like... (gives a look) Hi, young children, let’s not ask anything I’ll have to explain later please," she told FOX411, referring to her raunchy role in "American Pie." "Yes, that look. So hopefully they get a lot in my expression… but people are pretty good.”

Being a mom has a big incluence on the projects Hannigan takes on these days. She says family is always the priority, and that after “How I Met Your Mother,” wrapped she “really wanted to just have time and be able to do the school drops and all the extra stuff that you want to participate with the schools.”

As for a "HIMYM" reunion, the series finale may have made it tough. “While we were shooting it we were like - well you do know that now you’ve ruined the chance of any reunions because they did all these like flash forwards of what it’s like, and what happened to Marshall and Lily, and they’re living in Italy…” Though, she adds, she’d never say never. “I would do it in a heartbeat.”

Right now Hannigan’s focused on back to school time. As a paid spokesperson for General Mills she’s involved with the Box Tops for Education ‘Don’t Be Absent From School’ campaign.

“This is their 20th birthday celebration. They’ve raised over $780 million for schools in the 20 years” Hannigan said.  The actress appears in hidden videos on BoxTopsForEducation.com to bring attention to the campaign.