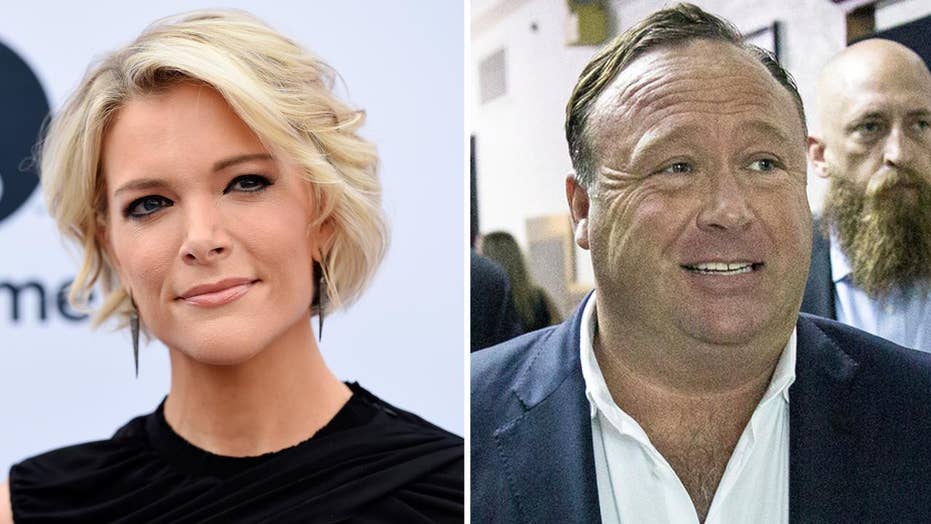 Alex Jones plans to release audio on Thursday night of his entire interview with Megyn Kelly — saying he secretly recorded the controversial sit-down because he “knew it was all crap.”

The Infowars host posted a video online, along with a teaser clip, around 8:45 p.m. and claimed he would be posting the full tape on the conspiracy website later in the evening.

“I’ve never done this in 22 years, I’ve never recorded another journalist, but I knew it was a fraud, that it was a lie,” Jones said in the video, recalling how Kelly approached him about the interview.

“God, she was like, ‘I want to get steaks with you, I’m obsessed with you, oh my God,’ wiggling around in her seat. It was all crap,” he explained. “I knew it was all a lie. I said Sandy Hook happened, and she wouldn’t even put it in the promo pieces. So we’re going to release, oh yea, we’re going to release the pre-interview. And then when they put their fraud out on Sunday — which I’ve asked them not to air because they’re misrepresenting who I am and saying I’m as bad as Saddam Hussein, or Jeffrey Dahmer, or Charles Manson — we’ve got the whole interviews here…We’ve got it all…It’s all going to come out.”

The clip that accompanied Jones’ tweet featured a short audio recording of Kelly, seemingly assuring the 43-year-old that her questions wouldn’t be tough.

“All I can do is give you my word and I don’t double-cross,” she can be heard saying at one point.

“My goal is for your listeners and the left — you know, who will be watching some on NBC — to say, ‘Wow, that’s really interesting,” she adds. “It’s not going to be some gotcha hit piece, I promise you that.”

Kelly and NBC have been getting blasted by families affected by the Sandy Hook Elementary School massacre, with several victims’ parents writing letters to the network — urging them to scrap the interview — due to Jones’ prior beliefs that the shooting was staged.