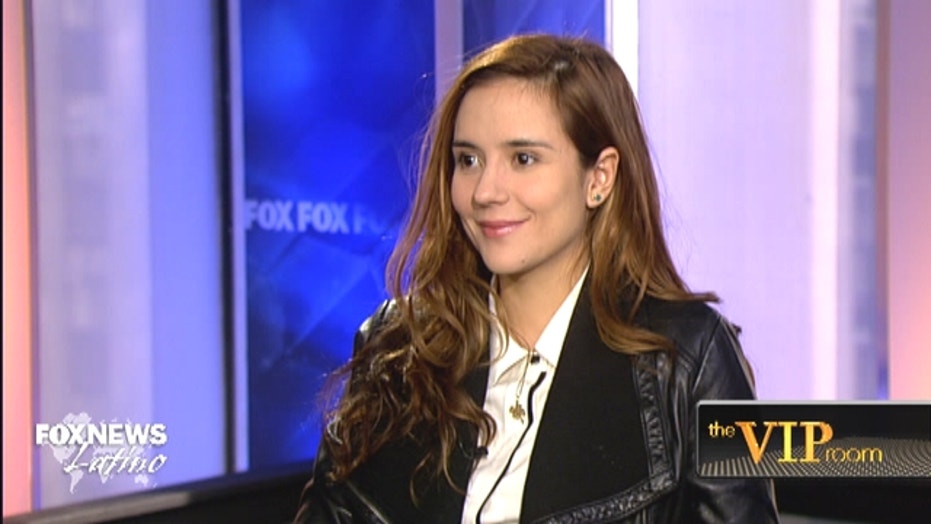 In the critically acclaimed “A Most Violent Year,” Oscar-nominated actress Catalina Sandino Moreno only has one scene.

In the critically-acclaimed movie, “A Most Violent Year,” the Oscar-nominated actress, Catalina Sandino Moreno, only has one scene.

It shows the protagonist Abel Morales, played by the Cuban-Guatemalan actor Oscar Isaac, pleading in Spanish with her character, Luisa, for help finding her husband. She doesn't help him.

“It’s a no-brainer for her,” the actress said. “It’s an immigrant marriage – they protect each other – which is something I can understand.”

Sandino Moreno burst onto the American movie scene in the 2004 U.S.-Colombian co-production, "Maria Full of Grace," and became one of the few Latina actresses ever to be nominated for an Academy Award.

Starting out her career with such a rush of success, Sandino Moreno said, "has made me more responsible with the movies I have chosen to do."

In the case of "A Most Violent Year," that responsibility almost prevented her from taking the role.

“It was only one scene,” she told Fox News Latino recently. “I told them I didn’t want it. I wanted something with more meat on it.”

And it wasn’t until she found out that J.C. Chandor was the director and that Isaac would be playing Abel that the 33-year-old actress changed her mind.

“[Chandor's] movies are incredible,” she said.

The film is set in New York City in 1981, tells the story of a moral businessman a very immoral time who doesn't want to be a gangster and has to fight against himself, as well as everything around him, to make sure it doesn't happen.

“While watching the film, you are waiting for everyone to shoot themselves up,” Sandino Moreno said.

In addition to “A Most Violent Year,” which had a limited release on Dec. 31 and is getting a wider release this month, Sandino Moreno stars in the independent film, “Medeas,” which opens in New York City on Friday.

“When I started reading the script – which only had 60 pages – I just needed to know who wrote it because it’s impossible for someone to send you a script this small,” she said. “I found it very interesting … that the script didn’t follow the rules.”

The film is a contemporary take-off on the Greek tragedy, "Medea," in which Sandino Moreno plays Christina, the deaf and mute wife of a Southern California dairy farmer and the mother of five kids who is disconnecting from her family.

“It was a challenge as an actor,” she said of her role. “Christina is going through a moment of liberation – it’s a moment where she is thinking about herself.”

The film was helmed by Italian director Andrea Pallaoro and co-stars Brian O’Bryne.

“The movie makes me remember those moments where I also thought about my happiness… I understand why she wants to find her happiness,” Sandino Moreno said. “It’s a shout – it’s the shout that she makes.”