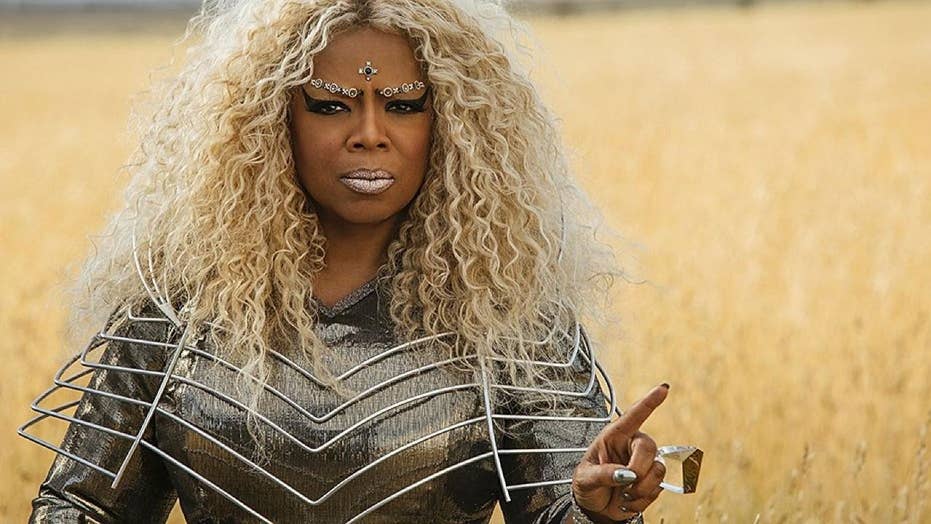 Fox411: Director Ava DuVernay's adaptation of 'A Wrinkle In Time' has some on social media wondering if the casting was meant to push a political agenda

Ava DuVernay’s screen adaptation of “A Wrinkle in Time” won’t be in theaters until next March — but it’s already stirring up a stew of chatter on social media.

In Madeleine L'Engle's classic 1962 teen science fantasy novel, a teenager named Meg travels in space with her brother and a friend to find her scientist father, who has disappeared while doing secret work for the government.

The Disney remake — the novel was previously adapted for the screen in 2003 — features Storm Reid in the role of Meg and includes Chris Pine, Oprah Winfrey, Reese Witherspoon and Mindy Kaling among its stars.

While the vast majority of social media users praised the film's diverse casting and celebrated that the movie features a female director, some users wondered if the casting was meant to push a political agenda. DuVernay has previously directed "Selma," the civil rights drama, and "13th," a documentary about African-Americans in the criminal justice system.

"The Observer" noted DuVernay is taking some heat from haters on social media for “trying to make too much of a political point by casting African-American actors as characters that were assumed to be white (though the book doesn't actually specify)."

In DuVernay’s version, Meg's father (Pine) is white, her mom (Gugu Mbatha-Raw) is black and the three celestial beings who help her "wrinkle" time and space are played by Witherspoon, Kaling and Winfrey.

And there’s nothing wrong with that, the director says.

"The first image [I had in my head] was to place a brown girl in that role of Meg, a girl traveling to different planets and encountering beings and situations that I'd never seen a girl of color in,” DuVernay, who is African-American, told Entertainment Weekly.

DuVernay said she identified with some progressive ideas she found in L'Engle's novel.

"She's a very radical thinker and she embedded her sense of what society should and could be in this piece, and a lot of it I agree with."

But does that mean her adaptation will adopt a political tone? Experts say we shouldn't jump to any conclusions about what DuVernay’s final film will look like.

Freelance journalist Orrin Konheim, who has written for "The American Conservative," noted that many films, including "The Manchurian Candidate," have been remade with African-American stars.

"Ava DuVernay’s casting choice seems like a non-issue,” he said. "I also think that it’s important not to let our politically polarized climate prevent directors from telling the stories they want to make, and DuVernay, like any other filmmaker, should have full support to make art how she sees fit.”

But, Kohheim added, "This does go double for the left… which as of late has been coupling their quest for gender, racial and sexual orientation inclusiveness with a certain intellectual exclusivity and a desire to limit or punish filmmakers who don’t conform to their new expectations.

"While DuVernay is a person whose ideas and opinions command respect as a gifted filmmaker and leader in thought, it does seem reasonable to take any of DuVernay’s comments on race and film within the context of someone who is actively infusing political statements into her films and likely uses public comments as part of that same political mission."

Russell Boast, vice president of the Casting Society of America and head of its inclusion and diversity committee, said he is thrilled about the diversity in DuVernay's casting.

"The more we can celebrate diversity, the better," he said.

"The original book that I read as a kid, I don't recall race as being a plot point with these characters… and it's so exciting to see filmmakers not making diversity the plot point, just saying, 'This is a great story. It's not about race… it's just people,' makes me super excited about how progressive that is....

"The haters,” he continued, “who are the traditionalists and will say, ‘But that's not how it was written,’ I want to say, ‘But people are responding to more accurate representation of what the world looks like on the screen these days, and it's not about the storyline as much as it used to be.’"

"I'm not one of those people… who view the work of Madeleine L'Engle as being the equivalent of Scripture or Holy Writ," Medved said. "This is a very revered novel… obviously there's a fan base… that's going to be very proprietary and protective about any aspect of the casting or the preparations or scripting from it."

But the cast is impressive, Medved said, adding that "This is a very different film from ‘Selma’ and ‘13th’….

“I don't think it's fair to... go after a director with presumed propagandistic political intent before anyone's seen this film."