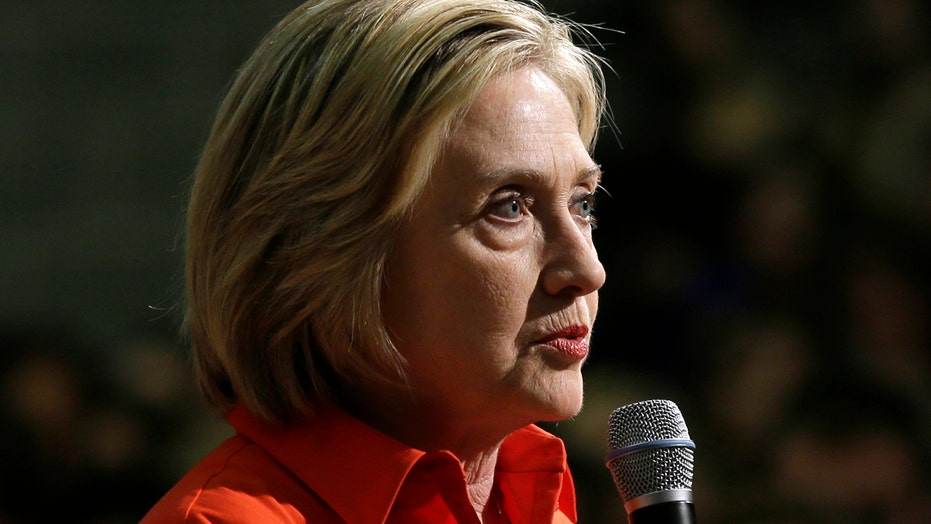 HuffPo's Paige Lavender and National Review's Eliana Johnson talk with Chris Stirewalt on why Hillary Clinton keeps moving left despite the Democratic race to the nomination being all but officially over.

LOS ANGELES – This election season, A-list celebs are eager to show their support for Hillary Clinton—from the comfort of their own homes. Clinton has attended fundraisers at the mansions of Christina Aguilera, Scooter Braun, Tobey Maguire, and Vera Wang. But what about Clinton makes Hollywood stars so eager to open up their hearts and homes?

Aguilera told FOX411 it was magical having Clinton in her home.

“Any way I can support such a strong amazing — not only woman but  — human being, who is so courageous, who just has been through so much and gets stronger and overcomes and thrives and is so knowledgeable and smart and comes from such a hardworking background like the rest of us,” she said. “It was something I had to do. To be so inspired by her. I was honored to have her in my home and to have so many people show up and support her, and I loved it.”

Pop culture expert Dorothy Cascerceri noted that Clinton is essentially a celebrity herself and stars flock to one another.

“The Hollywood crowd is historically very liberal and primarily Democrats so it's no wonder so many celebs are supporting Hilary Clinton,” she said. “Her agenda and platform aligns with many liberal beliefs in Hollywood and because of her career accomplishments and famous husband, Bill Clinton, she is a celebrity in her own right. Celebrities like spending time with other celebrities.”

Aguilera gushed about Clinton and insisted the presidential candidate is in her own league of celebrity.

“I think politicians are celebrities in a way,” she explained. “I think that what she does and how speaks and what she has been through and what she has done for our country and her affiliation in her own experience in the White House and her dedication to making our country better puts her in a league of her own, and she is a force to be reckoned with and deserves every acknowledgment and positive light to be shined on her for her drive and devotion to the people.”

Braun, manager to Justin Bieber and Ariana Grande, held one of the bigger Clinton fundraisers in August at his Hollywood home. Kim Kardashian, Kanye West, Kris Jenner and John Travolta were just a few of A-listers who attended.

Lisa Durden, pop culture expert, notes Hollywood has long had a reputation of supporting the Democratic Party, but celebrity fundraisers aren’t just held for the benefit of the politicians.

“Sure, the narrative they try to sell us is that they're hosting Hillary's fundraiser out of the goodness of their hearts. Not!” she said. “The fact of the matter is, these celebrities are in bed with special interest groups who are looking for presidential influence when they want to push their agenda.”

David Schwartz, of Gotham Government Relations & Communications, believes that these celebrities may see Clinton as their connection to the White House.

“These celebrities want to show that they have political power,” he explained. “They are betting on Hillary and then feel they will have access to the White House. They want to give off the image that they will have a voice in the government when the reality is they will have little voice of Hillary were to be elected president.”

Cascerceri also speculated some celebrities may want to support Clinton because she is a woman.

“The fact that she is a woman and could possibly become the first woman president is also very appealing to celebs, especially females.”