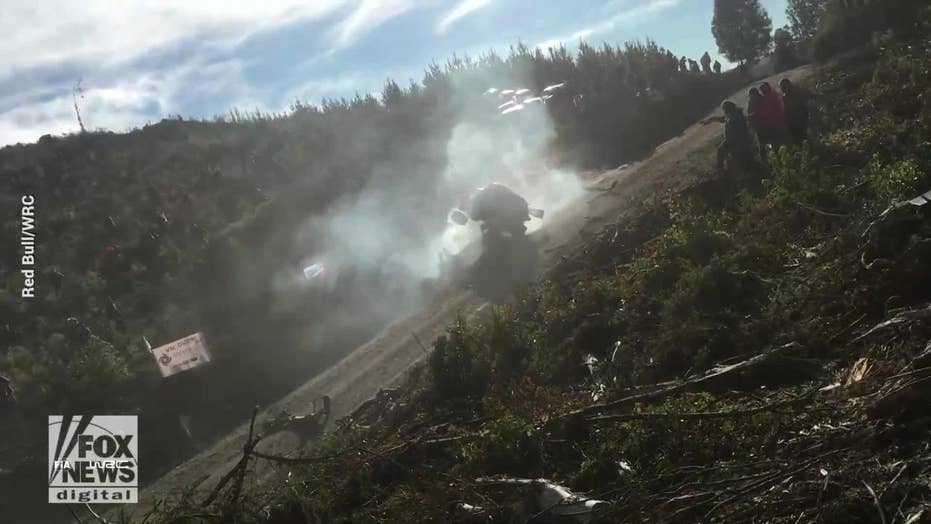 World Rally Championship driver Thierry Neuville suffered a dramatic crash during the Rally Chile on Saturday, rolling his car eight times just a few feet away from spectators standing on the side of the road.

Neuville, who entered the event as the series points leader, was caught on video coming over a rise with his car sideways and hitting a dirt bank that sent it into the roll.

The Hyundai i20 R5 flipped nearly eight times before coming to a rest on its side as spectators approached the car to offer assistance.

According to the WRC, Neuville and his co-driver, Nicolas Gilsoul, were taken for medical attention, but only suffered bruises in the accident.

Neuville, who was just 1.4 seconds behind the second place car at the time of the crash, dropped to third place in the standings as a result of having to retire from the event.