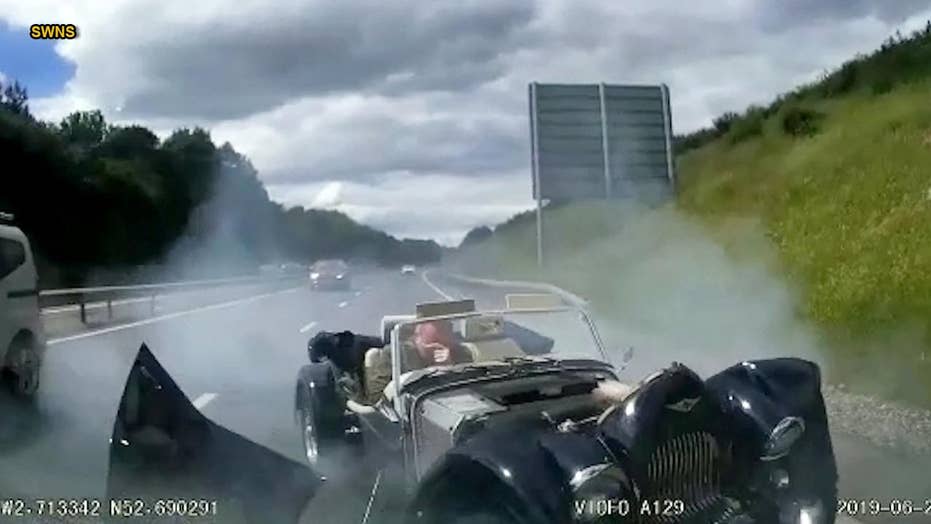 Dashboard camera footage captured the moment a 2018 Morgan Plus 4 slammed into an SUV on a highway near Shrewsbury, U.K. at high speed. The driver of the old-fashioned car waited too long to hit the breaks, resulting in the front of the car being crushed, as the hood flew off and the driver appearing to hit his head on the steering wheel, which is not equipped with an airbag. Everyone involved in the incident were taken to a nearby hospital.

The driver of a retro car lacking the latest safety equipment may have been unlucky to run into the back of another vehicle at high speed, but was fortunate that there was an emergency room doctor onboard.

Dash camera footage from the SUV that was rear-ended on the highway near Shrewsbury, U.K, captured the moment that the 2018 Morgan Plus 4 skidded into it with its tires smoking after its driver waited too long to hit the brakes.

The hood of the old-fashioned roadster can be seen popping off and the driver appears to hit his head on the steering wheel, which is not equipped with an airbag, as the front of the car is crushed and the vehicle swerves into a roadside embankment.

The driver of the SUV, Dr. Syd Hassan, told SWNS that the passenger in his vehicle was also dazed in the incident.

Hassan said the tended to the driver alone for about 10-15 minutes until another car pulled over and an off-duty nurse got out to help him as they waited for an ambulance to arrive.

All three people involved in the incident were taken to a hospital to be treated for their injuries.

The Morgan Plus 4 is an English-made car based on a model first produced in 1950. It is sold in the U.S. for $69,000, but only as a component car (often called a kit car) that needs to have a drivetrain installed by its owner in order to get around American automotive safety regulations.

RETURN OF THE SHELBY DAYTONA: 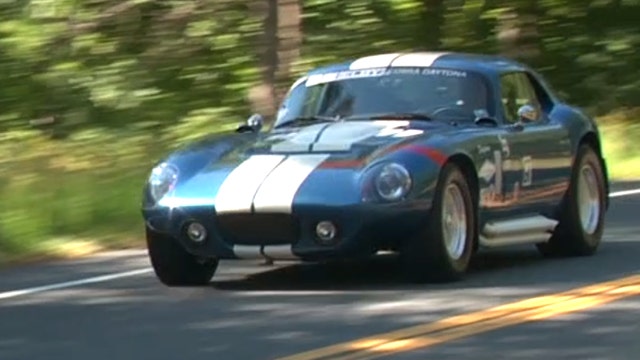