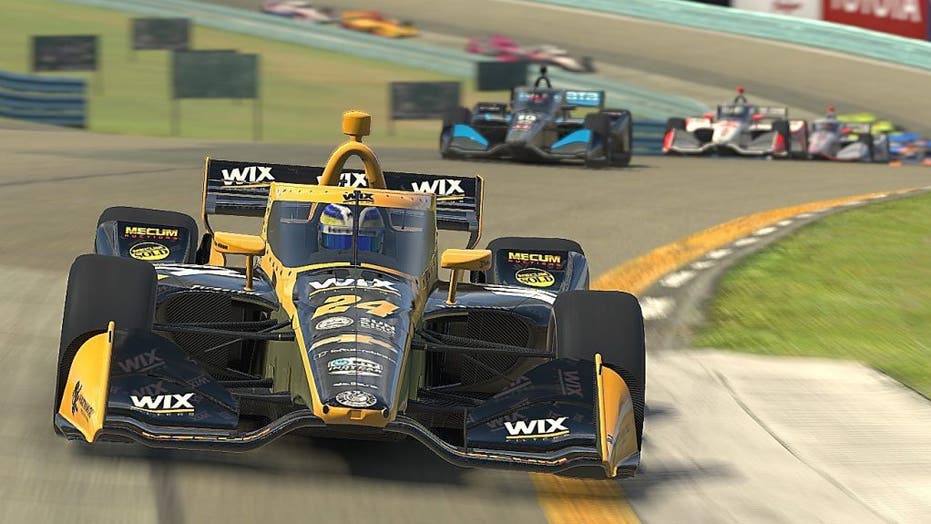 IndyCar driver Sage Karam talks to Fox News Autos about the IndyCar iRacing Challenge simulation racing series and the Indy 500’s move from May to August, due to the coronavirus crisis.

Part-time IndyCar driver Sage Karam won the inaugural race of the virutal IndyCar iRacing Challenge series on Saturday by a margin of 3.6 seconds over Felix Rosenqvist, with Will Power finishing third.

The American Red Cross Grand Prix was hosted by the iRacing simulation platform over 45 laps of the Watkins Glen International Circuit.

The 25-year-old Karam, who is an avid iRacing user and is signed to drive for Dreyer and Reinbold Racing in several races when the IndyCar series restarts, started on pole and held off a field of 24 other drivers that included NASCAR star Jimmie Johnson, who finished in 16.

The IndyCar iRacing Challenge series has races scheduled for every Saturday through at least May 2 that will stream online at IndyCar.com with a live announcing team and competitors joining remotely from driving rigs set up in their homes and garages.

NASCAR is also using the iRacing platform for the NASCAR iRacing Pro Invitational Series featuring NASCAR series drivers during its own suspension, which will run through at least May 3.

The NTT IndyCar series is currently planning to get back on track in Detroit on May 30, and has rescheduled the Indy 500 from May 23 to Aug. 24 due to the coronavirus pandemic.