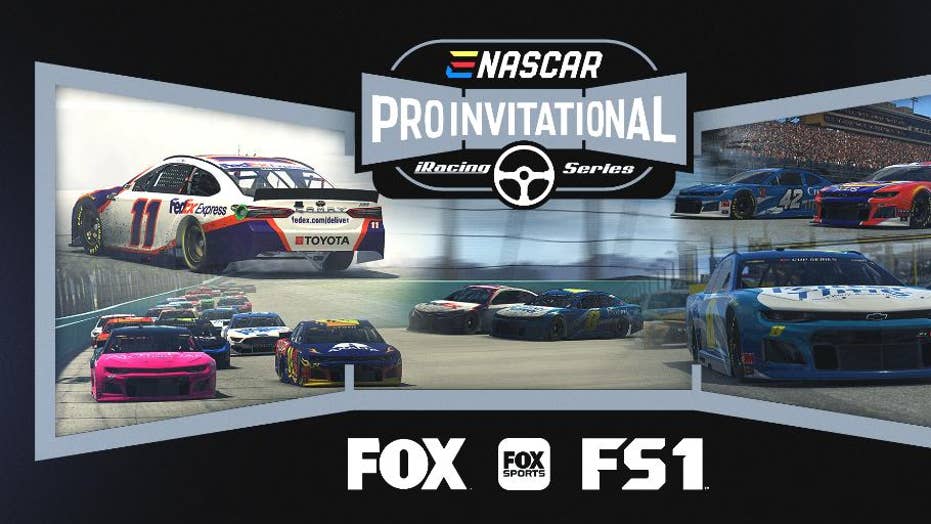 Fox Sports will be airing the first race of the online eNASCAR iRacing Pro Invitational Series on FS1. The online race is in place of the canceled Homestead-Miami NASCAR Cup race, which was axed due to the coronavirus.

NASCAR’s shift into the virtual world was a success.

The first race of the eNASCAR iRacing Pro Invitational Series that was organized to fill the void created by the suspended NASCAR season pulled in 903,000 viewers on Fox Sports One on Sunday, making it the most-watched sports broadcast on cable that day.

The numbers were way down from the over 4.5 million viewers the last three NASCAR races before the hiatus had, but were more than enough to make it the highest-rated televised esports event ever.

The network has now committed to carrying the entire season, which will continue until NASCAR gets back on track sometime after May 3 when coronavirus restrictions are eased, on FS1 and Fox with the broadcast team of Mike Joy, Jeff Gordon and Larry McReynolds calling the races.

The inaugural 100-lap event featured drivers from the NASCAR Cup, Xfinity and Truck series -- including Kyle Busch, Joey Logano and Jimmie Johnson -- competing on an iRacing simulator and saw Denny Hamlin hold off Dale Earnhardt Jr. to take the checkered flag on a digital version of Homestead-Miami speedway.

The drivers were racing from remote locations in their homes and garages and were allowed one crew member to help them out. Denny Hamlin won despite driving shoeless and having a bottle of soda that was brought to him by his daughter spray all over his hands and a $40,000 driving rig.

The next race is scheduled for Sunday, March 29 at 1 pm ET at Texas Motor Speedway, where Hamlin won in the real world last year.