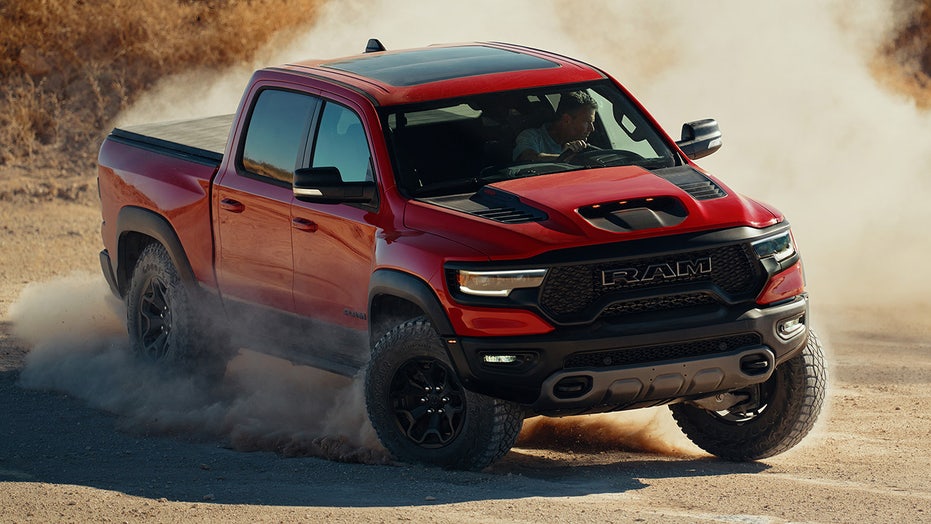 The 702-horsepower Ram 1500 TRX, which is set to become the most powerful production pickup in the world later this year, is equipped with a none-too-subtle message aimed it its top off-road rival.

The TRX, which resurrects an old trim level designation Ram had in its intellectual property files, contains an image hidden under its plastic engine cover that plays off its name’s similarity to the abbreviation for Tyrannosaurus Rex.

The design Easter egg was revealed in video posted by to the YouTube page of Michigan-based off-road truck enthusiast bkhaja89 and shows a T. rex with a raptor dinosaur in its mouth in homage to the climax of the first “Jurassic Park” film.

READ MORE ABOUT THE RAM 1500 TRX FROM FOX NEWS AUTOS

The $71,690 TRX was designed with a high-performance off-road suspension similar to the Raptor's, but its 6.2-liter supercharged V8 is substantially more powerful than the Ford’s 450 horsepower turbocharged V6.

Ford may not be giving up without a fight, however. Rumor has it that the automaker is working on a Raptor powered by a version of the 760-hp supercharged 5.2-liter V8 currently featured in the Mustang Shelby GT500 that goes by the Predator nickname, setting up a battle for the ages. Meanwhile GMC will be launching the 1,000 hp electric HUMMER EV pickup late next year.