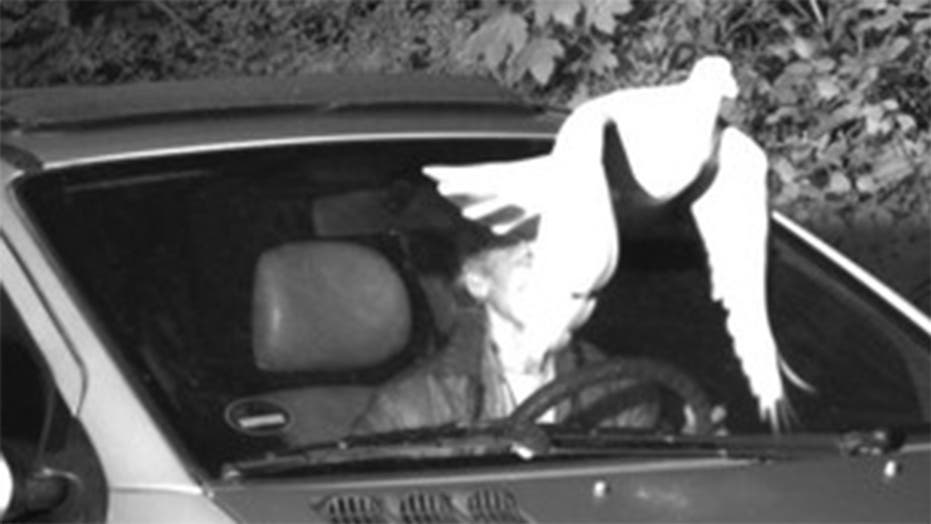 Divine intervention may have saved a German speeder from a hefty fine, according to police. At least he has Mother Nature to thank.

Viersen police have shared a speed camera photo on Facebook that shows a dove in flight covering the face of a Renault Twingo driver caught doing 34 mph (54 kph) in an 18 mph (30 kph) zone.

The department mused that it may have been the Holy Spirit of Christian belief appearing as a dove, as described in the Bible during the baptism of Jesus, and that "we have understood the sign and leave the speeder in peace this time.”

The police added that they hope the driver will “take the hint from above” and not repeat the violation, which would have carried a 105 euro ($117) fine.

According to the authorities, the dove was also above the limit, “but since we don't know where she needs to be on time for Pentecost, we also have mercy on her.”

Germany seems to have an issue with speedy birds these days, as a pigeon went viral in early May when it was clocked by a speed camera at 28 mph (45 kph) in an 18 mph (30 kph) zone.