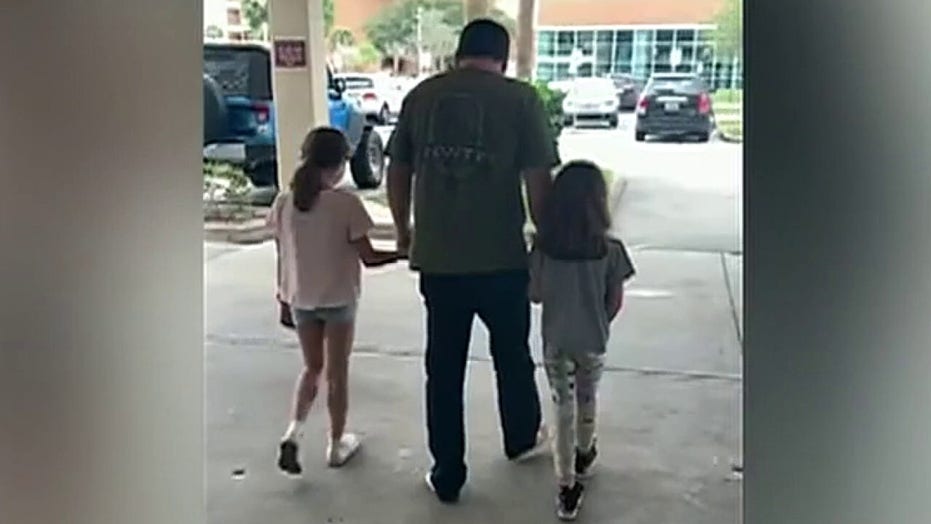 Ryan Newman said Sunday he’s ready to resume racing when the NASCAR season -- idled by the coronavirus -- resumes, now that he has recovered from the devastating crash at the Daytona 500.

Newman made the announcement on Fox Sports’ NASCAR iRacing event.

“I’m so excited and thankful, all at the same time,” he said. “Excited to be healthy and at some point back in the racecar when the world starts turning again and thankful for all the people and support that I’ve got, friends, family, fans, you name it that have prayed for me and given me this multitude of miracles that has given me this opportunity to get back in the seat at some point.”

When asked by Fox NASCAR lap-by-lap announcer Mike Joy if that meant he’ll be back driving once racing resumes, Newman said, “That’s the absolute plan for sure, yeah. I’m healthy, I’ve been blessed with another layer of this situation giving me more time to heal and look forward to being back in the seat for sure.”

The February crash sent Newman to the hospital and caused him to miss the next three races of the NASCAR Cup Series season, which officials later suspended due to the coronavirus pandemic.

He was knocked unconscious and suffered a brain injury in the crash but didn't break any bones or suffer any other serious injuries, doctors said.

The Indiana native left the hospital two days after the crash -- walking out holding hands with his two daughters.

“Just a miracle on so many levels, and thankful for so many people for prayers, for all the things that went into me being safer in that situation,” Newman told NBC’s “Today” last month.

“On so many levels, I feel so lucky,” he told the show. “You look at the crash, you think that's spectacular in a bad way. You look at the car afterwards, you think about all the things of what happened right for me to be sitting here.”

The crash happened with Newman vying for the lead on the final lap of the Daytona 500 on Feb. 17.

His airborne car was hit by another car, causing his Ford to roll several times, coming to a stop on its roof.

Crews freed him after several minutes and rushed him to a nearby hospital, where doctors listed his condition as serious but not life-threatening.

NASCAR officials said in a statement that Newman has not yet been cleared by the series to return.

“We share Ryan’s enthusiasm in his return to the track,” the statement read. “We look forward to Ryan returning to racing as soon as he is medically cleared to race.”

NASCAR has aimed to resume its season without spectators as early as May 17. The situation has remained fluid; the sanctioning body was hammering out a new schedule and finding states to host the series, as teams planned their return to their race shops.

Fox News' Ben Florance and The Associated Press contributed to this report.