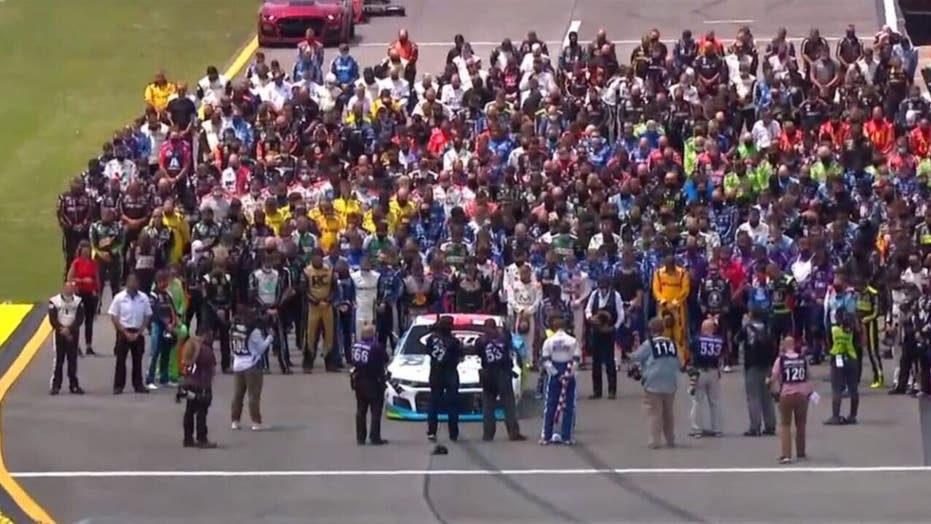 NASCAR gives Bubba Wallace show of support ahead of Geico 500

NASCAR drivers and others walked alongside Bubba Wallace in a show of support at the Talladega Superspeedway on Monday after a member of the Richard Petty Motorsports team discovered a noose in the team's garage stall.

The NASCAR field gave a show of support for Bubba Wallace ahead of the Geico 500 at Talladega Superspeedway on Monday after a noose was found in his team’s garage on Sunday.

Wallace drove his No. 43 Chevrolet Camaro to the end of pit row, where he was embraced by his team owner, Richard Petty, who is the winningest driver in NASCAR history. Petty, 82, had not originally planned to attend the race due to concerns about the coronavirus.

The rest of the drivers and crew stood behind them during the invocation and playing of the national anthem. The race was postponed from Sunday due to weather.

A member of the Richard Petty Motorsports team discovered the noose in the team's garage stall on Sunday, and NASCAR informed the FBI, which has opened an investigation into the incident that is ongoing.

NASCAR president Steve Phelps said whoever is found to be involved in the act will be banned from the sport for life.