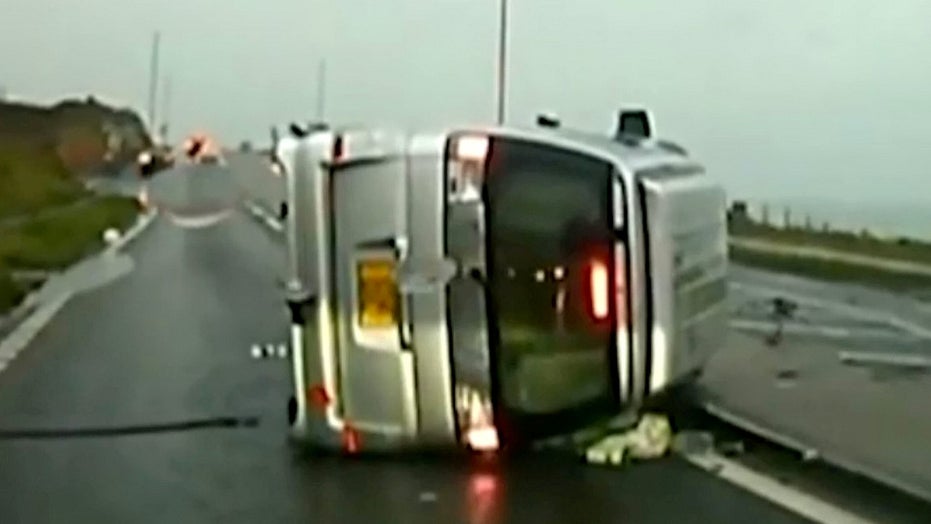 Man loses arm in texting while driving crash, releases video to warn others

U.K. man gave permission to police to release the video as a warning to others about the dangers of texting and driving.

He wants to help scare you straight.

A British man who crashed while texting and lost his arm as a result of injuries sustained has allowed video of the incident to be released as a warning to others.

The driver, who remains anonymous, authorized the Sussex Police to post dashcam footage of the accident, which occurred in Brighton last November, as part of its ongoing road safety campaign.

In it, the silver van can be seen hitting the median of the seaside road and tipping onto its side onto the opposite, nearly hitting an oncoming car.

Details of the driver’s injuries were not revealed, but police said he needed to have his arm amputated. The footage was captured by a private motorist who agreed to its use, SWNS reported.

PEOPLE WHO DRIVE THIS CAR GET THE MOST SPEEDING TICKETS

Police are hopeful the video can be of good use by drawing attention to one of the “fatal five” offenses of speeding, driving under the influence, mobile phone use, not wearing a seatbelt and generally careless driving.

“The video being shared by Sussex Police is a shocking display of the consequences of dangerous driving and I am grateful to those that have agreed to share this,” police commissioner Katy Bourne said.

"It really enforces the fact that we all use the roads and must share the responsibility of ensuring the safety of ourselves and others.”