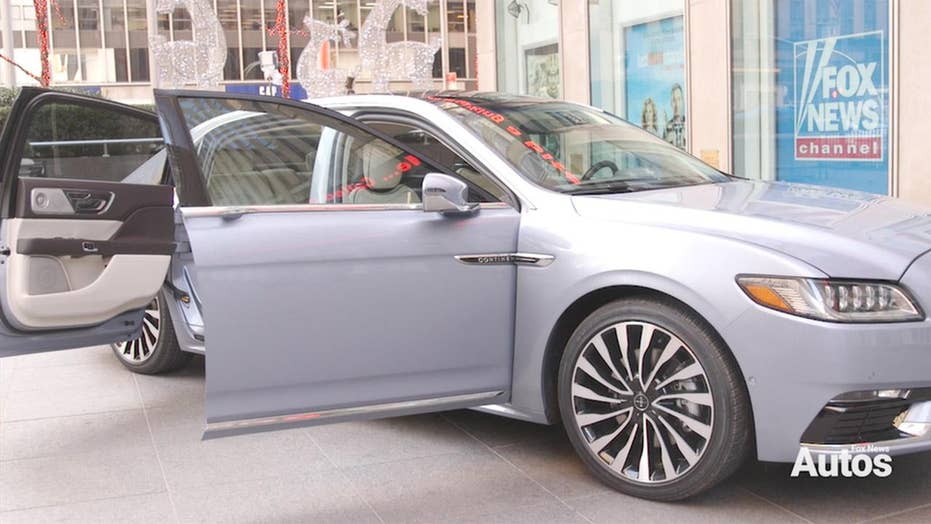 Lincoln is celebrating the 80th anniversary of the Continental with a limited edition Coach Door Edition that features rear-opening doors. Lincoln Chief Designer Kemal Curic tells Fox News Autos Editor Gary Gastelu why its a special feature for the brand.

Lincoln brought back the Continental name two years ago and now it's resurrecting a feature that’s commonly known by a name it would prefer you don’t use.

To celebrate the 80th anniversary of the model, Lincoln is offering a limited run of 80 Coach Door Edition Continentals for 2019 equipped with what are colloquially known as “suicide doors.”

The rear-hinged rear doors hearken back to the 1961-1969 heyday of the Continental, when it was at the height of fashion. They offer a stylish and arguably easier way to enter and exit the vehicle.

The cars start as top of the line Black Label trim Continentals and are modified by limousine specialist Cabot Coach of Haverhill, Mass., with a wheelbase stretched six inches that also improves rear legroom.

Commemorative plates on the door sills and rear console will remind passengers they’re not riding around in just any old custom Lincoln. In fact, the automaker says it will put the car through federal crash testing and sell it as a new vehicle rather than a conversion.

The order books are open now at Black Label-approved Lincoln dealers for cars expected to arrive next summer. The exact price hasn’t been announced, but Lincoln says it will be over $100,000, while the standard Black Label Continental starts at $71,440.

If you miss out, be patient. A second batch of yet to be determined size will be available in 2020. You’ve already waited half a century to buy one, what’s one more year?

DO YOU THINK LINCOLN SHOULD PUT COACH DOORS ON OTHER MODELS? LET FOX NEWS AUTOS KNOW ON FACEBOOK