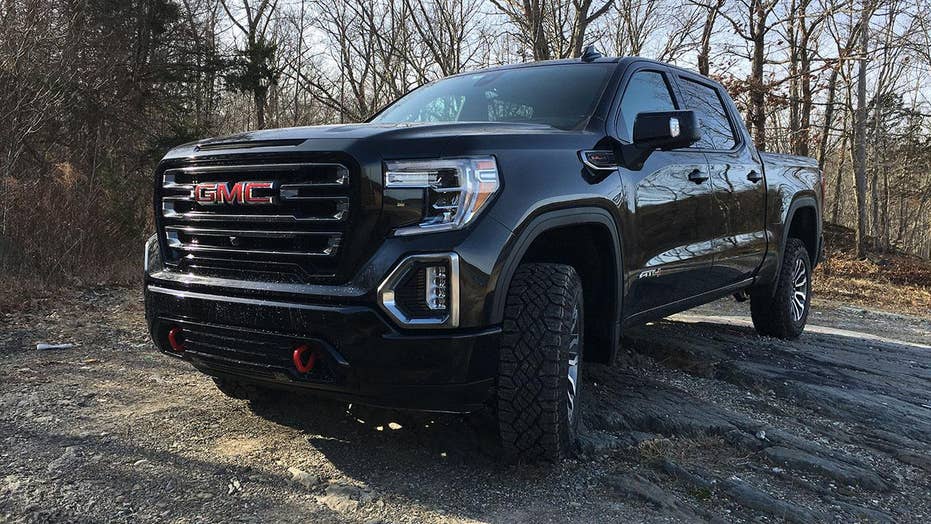 The views are good from the 2019 GMC Sierra AT4 pickup

You can live the high life in GMC's new jacked-up, off-road truck, which is loaded with plenty of tech and clever features, says Fox News Autos Editor Gary Gastelu.

Harley-Davidson fans have a new choice when it comes to pickup trucks.

It’s the first time you’ll be able to get an official Harley-Davidson–licensed truck on a General Motors platform. Ford offered its own HD model from 2000 to 2012, but neither it nor GM are directly involved with the new trucks.

The Sierra follows the same formula as the F-150 with unique bodywork accented in Harley-Davidson badges and orange trim and 22-inch wheels inspired by the ones on a Fat Boy bike.

They’re wrapped in 35-inch all-terrain tires, stuffed under flared fenders and hooked up to a suspension tuned with shocks from Tuscany’s sister company Fox. The V8-powered pickup also features orange-accented billet aluminum exhaust tips, a Harley-Davidson insert integrated into its MutliPro tailgate, an LED light strip in the front bumper, a BDS lift kit and fully recalibrated electronics to accommodate the updates.

Tuscany added over 65 unique components, which include a hard tonneau cover with a Harley-Davidson logo debossed into it and plenty more badges scattered throughout the interior, which has been reupholstered with orange-stitched black leather and piano black trim.

As with the F-150 version, Tuscany will build just 250 of the Harley-Davidson Sierras annually starting at $94,995 and offer them through a select group of GMC dealers that carry its products.

The Harley-Davidson Sierra is scheduled to make its public debut at the Barrett-Jackson auto auction in Scottsdale, Ariz., on January 16.