General Motors and Amazon are in talks to take a stake in electric truck startup Rvian, people familiar with the matter told Reuters on Tuesday.

The Michigan-based outfit made a splash at the Los Angeles Auto Show in November, when it revealed the futuristic battery-powered pickup and SUV that it plans to start building at a former Mitsubishi factory in Normal, Ill., next year.

The independently-developed vehicles feature a claimed range of up to 400 miles per charge, supercar-like acceleration and an air suspension that can raise them high enough to provide over a foot of ground clearance and the ability to ford through water a yard deep. Clever design features include a front trunk, a pass-through storage bin between the cab and bed, a flip-down tailgate and a retractable tonneau cover.

Rivian is aiming to offer the luxury vehicles at a starting price of $69,000, and is working with outside firms to develop a Level 3 autonomous driving system that will allow for hands-free driving in some situations.

The company was founded in Florida in 2009 by MIT mechanical engineering degree-holder R.J. Scaringe to develop a hybrid electric sports car, but shifted its focus to electric trucks a few years later. It has 700 employees today working at locations in California, Michigan, Illinois and the United Kingdom. Current backers include Abdul Latif Jameel Co., Sumitomo Corp of Americas and Standard Chartered Bank. 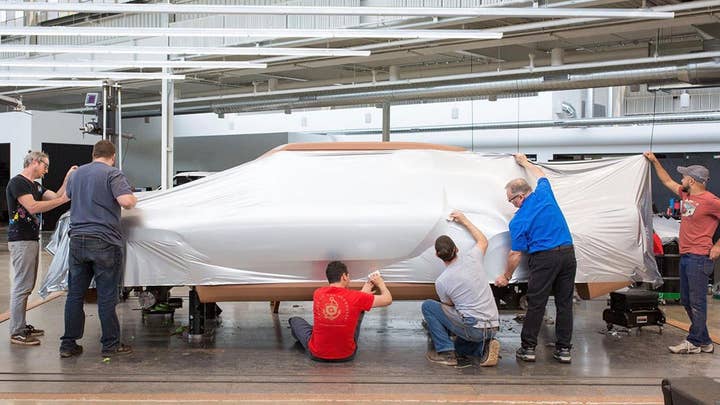 The anonymous sources told Reuters that the investments would value Rivian at between $1 billion and $2 billion.

Amazon has not commented on the report, but GM issued a statement that said "we admire Rivian's contribution to a future of zero emissions and an all-electric future," while a Rivian spokesperson told the Detroit News that "we respect GM's vision of the future of mobility but have no immediate comment on this story.”

GM currently sells the battery-powered Chevrolet Bolt electric crossover and has promised to introduce 20 new all-electric models by 2023, so far confirming only that one of them will be a Cadillac utility vehicle. Last week Amazon took part in a $530 million investment round in autonomous driving tech company Aurora, and reportedly has an in-house team focused self-driving systems.