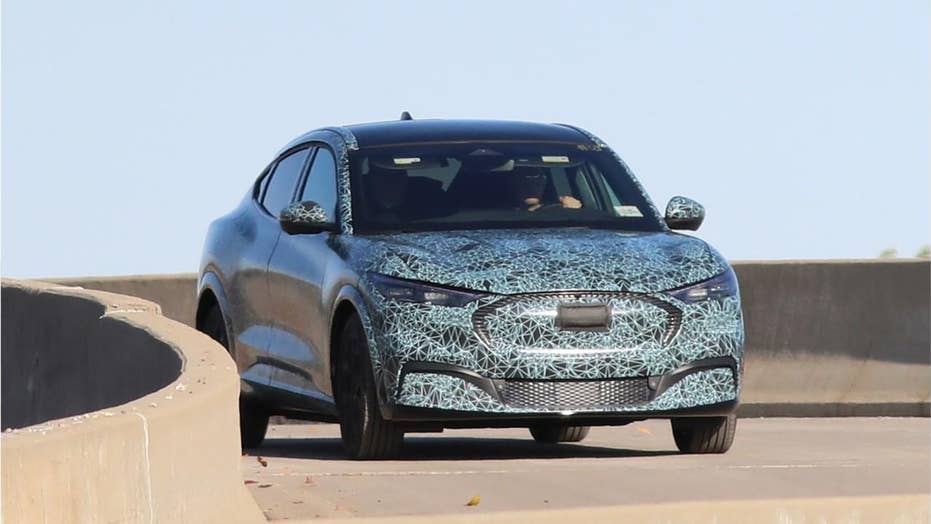 The Mustang is about to go Mach-E.

Ford has revealed that Mustang Mach-E is the name of the upcoming “Mustang-inspired” electric utility vehicle it will debut in Los Angeles on Sunday, Nov. 17.

When Ford announced plans for the model two years ago, it tapped the Mach 1 name from the Mustang’s archives to promote, but then quietly trademarked Mustang Mach-E, leading to speculation that it would be used on the production model.

Details on the vehicle are still scarce, including the price, but Ford says that it is a performance-minded SUV that will come in a version with a 300-mile range, which puts it in the same league as the upcoming Tesla Model Y.

Recent spy photos that captured a nearly undisguised prototype reveal a compact utility with a low roofline, bulging fenders and a taillight design similar to that on the current Mustang's..

Much more info will come on Sunday as Ford begins taking $500 refundable deposits for Mustang Mach-E reservations ahead of sales starting next year.

WHAT DO YOU THINK ABOUT THE MUSTANG MACH-E NAME? FOLLOW FOX NEWS AUTOS ON FACEBOOK AND VOTE!