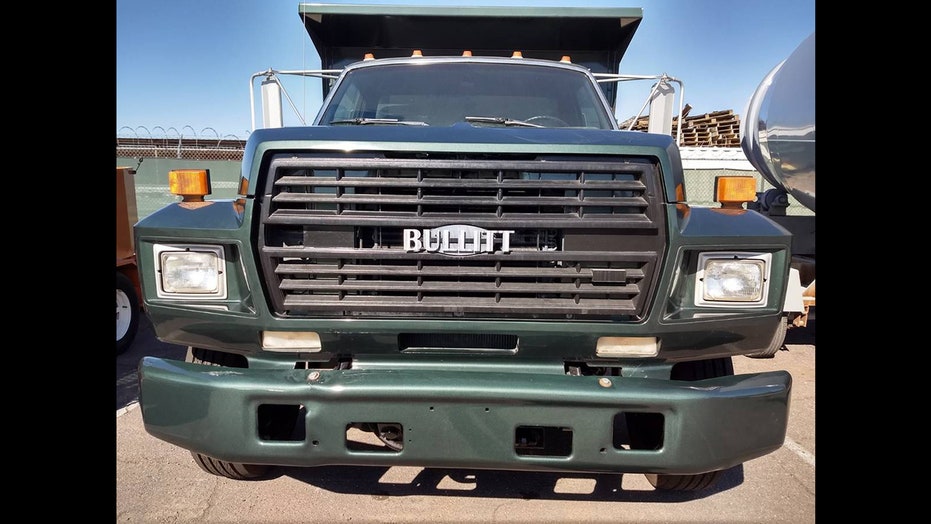 The Mustang GT Bullitt inspired by the legendary 1968 Mustang featured in the Steve McQueen film of the same name is one of Ford’s most popular special edition models — but would the same treatment work for a truck?

One Arizona man decided to find out, and is now selling his unique custom.

Ed Mulholland runs a reconditioned commercial vehicle company and has a personal penchant for dump trucks. He told Fox News Autos he’s long been on the lookout for just the right example to do something special with, and when he found a 1992 Ford F700 that was previously owned by the U.S. Army, he knew he had it.

The paint had been faded by the desert sun, but it was otherwise in solid shape. Today it has just 24,800 miles on its original 5.9L Cummins inline-6 diesel engine and military-spec Allison 5-speed transmission. Mullholland said he thought about how to approach the project for about a month, and was inspired by its color to turn it into a behemoth Bullitt.

So he sanded the entire body and dump bed and refinished them in the iconic Highland Green Paint, fabricated a giant BULLITT logo for the blacked-out grille and also added it to wheel flaps.

The wheels were sandblasted and painted black, but remain the stock units, since the Torq Thrusts used on McQueen’s Mustang aren’t available in a Class 7 version that can handle a truck with a 26,000 pound gross vehicle weight rating.

This truck may not have ever carried that much, as Mulholland says the bed looks like it never had a rock in it, but it had a snow plow bumper attachment when he bought it and he has personally used it to tow a backhoe and 25,000-pound trailer.

The very mean and green machine is listed at $54,500, which is much less than a new F750 dump truck would cost to build and, interestingly enough, just about the same as a loaded 2020 Mustang GT Bullitt coupe.