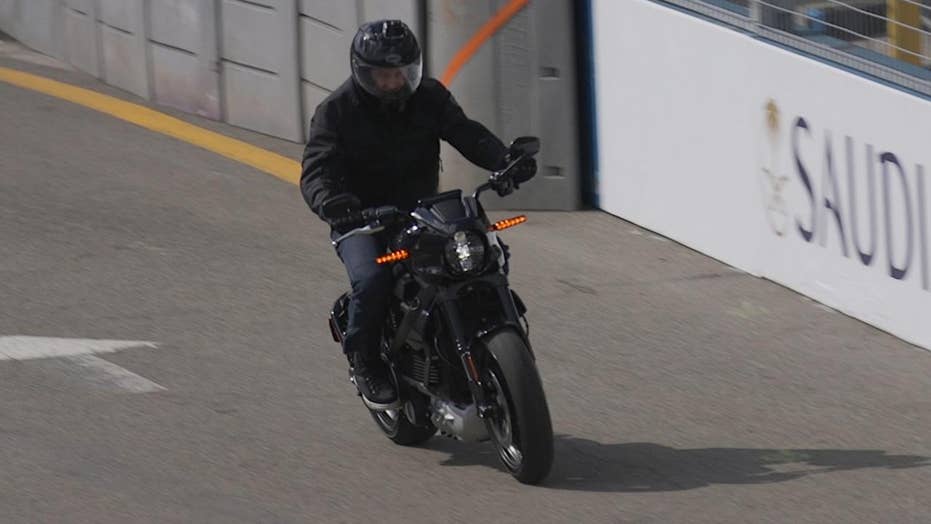 Ewan McGregor took the long way from Patagonia to the U.S., but he made it.

The young Obi-Wan Kenobi actor and his thespian friend Charley Boorman on Saturday finished a three-month motorcycle ride from Ushuaia, in southern Argentina, to California for their upcoming travel documentary series “Long Way Up.” And to make things even more interesting, they did it on electric bikes.

The pair rode Harley-Davidson Livewire motorcycles converted into adventure bikes and were accompanied on the journey by battery-powered pickups from startup automaker Rivian. ADV Pulse caught up with the crew at the wrap party held upon their arrival at Harley-Davidson dealer in Fullerton, Calif., outside Los Angeles.

Although fans have been posting photos of encounters with the travelers on social media ever since they set off in September, details of the trip have largely been kept secret. However, Boorman told ADV Pulse that they managed to cover from 120 to 180 miles per day south of the U.S. border, using a combination of locally supplied power and backup battery chargers being ferried along with them by a fleet of support vehicles powered by internal combustion engines.

Boorman said that once they crossed into the U.S., their daily average increased to 300 miles, likely thanks to a better charging network and less-challenging roads. The Livewire has an official range rating of 146 miles in mixed urban and highway riding, but it is not known if the battery packs on the bikes used were modified in any way and Boorman didn't say exactly how many miles they covered. McGregor apparently took at least one break from riding, as he made a side trip to Los Angeles in October to promote his latest film," Doctor Sleep."

McGregor and Boorman previously circumnavigated the world in “Long Way Round,” and rode from Scotland to South Africa in “Long Way Down.” A premiere date for “Long Way Up” has not been announced.