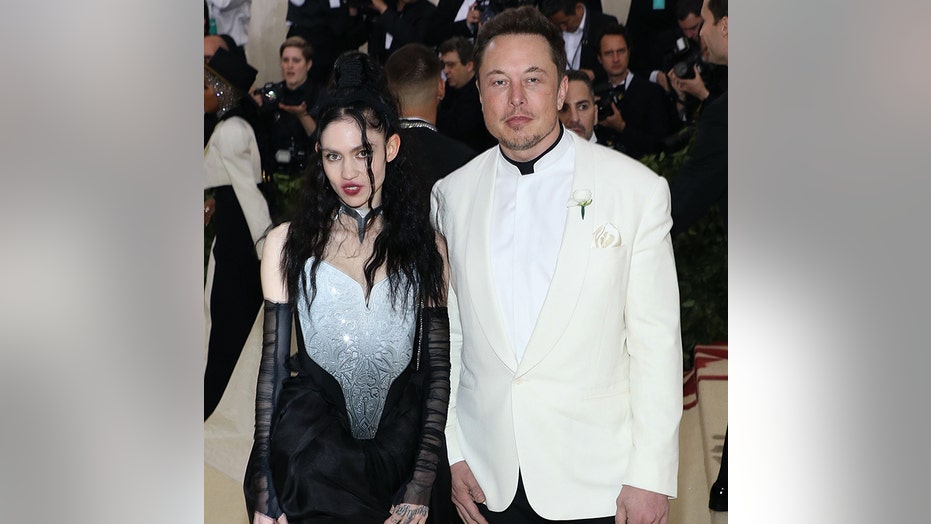 Grimes has welcomed her first child, according to the baby's father, boyfriend Elon Musk.

“Mom and baby all good” Musk, 48, tweeted Monday night in reply to a question about the baby nested in the replies to a tweet from Clean Technica about EPA testing for the Tesla Model S. The Space X head offered no further details about Grimes or the chid.

Musk and Grimes were spotted taking the Tesla Cybertruck prototype for a night out in Malibu last December. (NGRE / BACKGRID USA)

Grimes, a 32-year-old Canadian singer, announced her pregnancy in January, confirming that Musk was the father in a March interview with Rolling Stone.

Musk later tweeted a photo of the baby with some app-generated face tattoos. “Never too young for some ink haha,” the tech guru joked. He also wrote that it was a baby boy and the couple named him X Æ A-12 Musk.

Musk also posted a pic of him cradling X Æ A-12 while wearing an “Occupy Mars” T-shirt.

Canadian native Grimes, who dropped her fifth album “Miss Anthropocene” in February, kept followers breathlessly updated on most aspects of her pregnancy, from sending a digital avatar named “Warnymph” to appear in her stead on a magazine cover to reveal a bespoke recipe for a meal called “sludge” that involves couscous, Vegenaise, sriracha and vegetables.

Grimes described pregnancy as “a pretty crazy sacrifice” to Rolling Stone in March, saying that “it’s sacrificing your body and your freedom.”

“I have spent my whole life avoiding that situation,” she noted, “so it was just a profound commitment.”

The child is Grimes’ first, while Musk has five sons from his previous marriage to author Justine Wilson: Twins Griffin and Xavier and triplets Damian, Saxon and Kai.