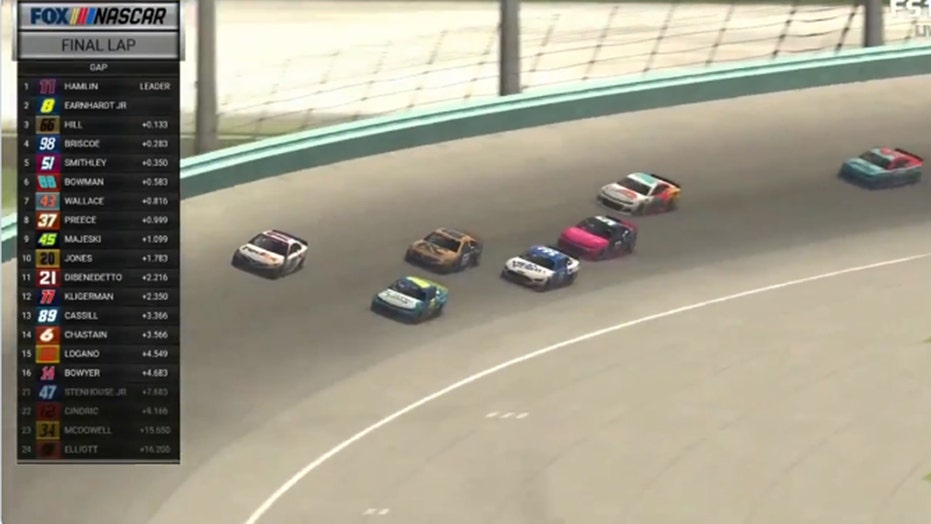 Denny Hamlin won the season inaugural eNASCAR iRacing Pro Invitational Series esports race that was held on a digital reproduction of Homestead-Miami speedway in place of the postponed NASCAR Cup race at the actual track.

The 100-lap event featured a field of 35 drivers from the NASCAR Cup, Xfinity and Truck series, plus a few invited guests, including second-place Dale Earnhardt Jr.

Hamlin is already an avid iRacing driver and owns an esports team that competes in the dedicated eNASCAR Coca-Cola iRacing series. He used an advanced driving rig with widescreen displays for the event, which was broadcast live on Fox Sports 1.

Hamlin won with a bump on Earnhardt exiting the final turn, with Timmy Hill taking third place ahead of Chase Briscoe and Garrett Smithley. Despite coming up short, Earnhardt tweeted that he had a blast in the race, which was run without any prize money for the competitors.

NASCAR plans to hold a race every weekend until the series is back on track in the real world, which will happen no earlier than May 9 at Martinsville Speedway.