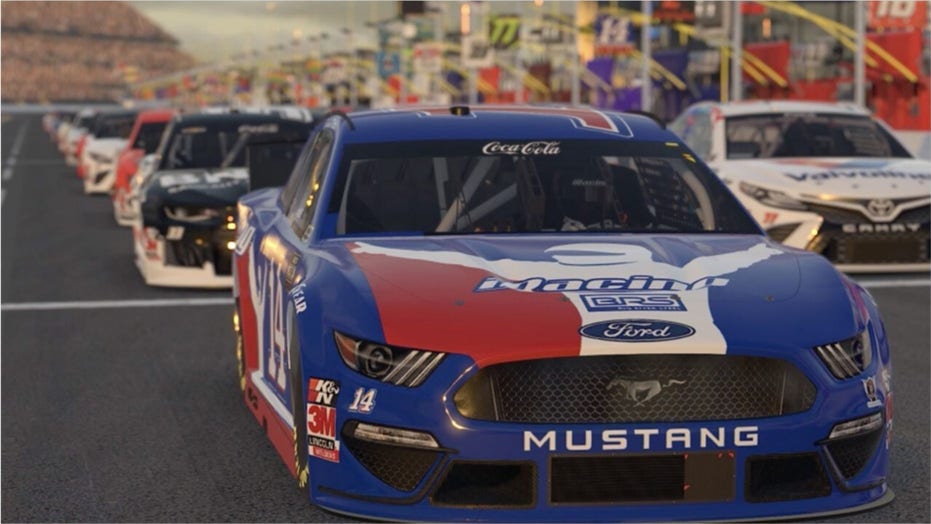 Fox Sports will be airing the first race of the online eNASCAR iRacing Pro Invitational Series on FS1. The online race is in place of the canceled Homestead-Miami NASCAR Cup race, which was axed due to the coronavirus.

Fox Sports will be airing the first race of the online eNASCAR iRacing Pro Invitational Series on FS1 in place of the canceled Homestead-Miami NASCAR Cup race on Sunday, March 22, at 1:30 ET, and the announcing team will include Fox regulars Jeff Gordon, Mike Joy and Larry McReynolds.

NASCAR has postponed its season through at least May 3 in an effort to help slow the spread of the coronavirus, but several Cup, Xfinity and Gander RV & Outdoors Truck series drivers have jumped at the chance to take part in the realistic sim racing series organized by iRacing.

Kyle Busch, Joey Logano, Chase Elliott and Brad Keselowski are among the drivers entered in Sunday’s Pro Invitational race, which will take place over 100 laps on a digital reproduction of Homestead-Miami speedway.

Instead of handheld controllers, the competitors will be using “rigs” set up at their homes or offices with steering wheels, pedals, shifters and screens. Along with its various pro series, iRacing also offers a subscription plan for amateur racers that starts at $13 per month. According to the company, the rate of sign-ups over the past week has increased by 200 percent.

“This is a unique opportunity to offer competitive and entertaining racing to our viewers as we all work through these challenging times together,” FOX Sports Executive Producer EVP/Head of Production & Operations Brad Zager said in a press release.

“We are following CDC guidelines to maintain a safe work environment, as the well-being of all those involved is paramount. We value our relationships across the NASCAR community and appreciate all of the effort that it took in bringing this project to life.”

The plan is to run a weekly race until the NASCAR season resumes, which won’t happen before the Blue-Emu Maximum Pain Relief 500 at Martinsville Speedway in Virginia on May 9. Fox Sports hasn't yet said if it will carry future iRacing events.