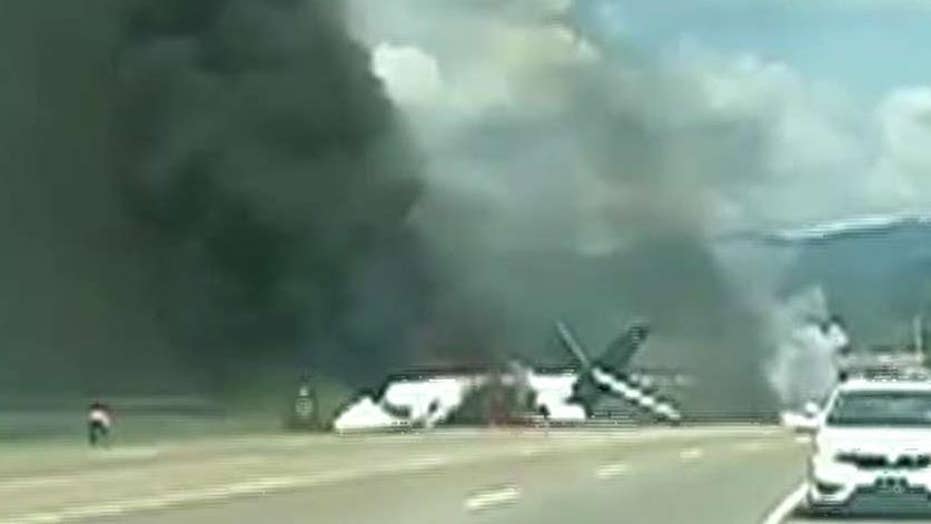 Dale Earnhardt Jr. will be getting back behind the wheel of a NASCAR car just two weeks after surviving a harrowing airplane crash with his wife Amy and their one-year-old daughter Isla.

The 44-year-old driver retired from full-time racing in 2017 due to health concerns caused by a series of concussions, but still competes in a few races each year.

Prior to the Aug. 15 crash landing in Elizabethton, Tenn., Earnhardt had already announced that he would compete in the NASCAR Xfinity Series Sport Clips Haircuts VFW 200 at Darlington Speedway on Aug. 31, and on Wednesday tweeted that he still plans to take part, despite suffering lower back pains.

Since Earnhardt also owns the team fielding the car, he said he has a backup plan to make sure it races even if things don’t work out for him.

The Darlington Labor Day weekend event has a throwback theme, with all of the cars featuring retro paint jobs from NASCAR’s past. Earnhardt’s Hellmann’s-sponsored Chevrolet Camaro will be blue and yellow to honor the first car that his father, Dale Sr., drove in his very first NASCAR Cup race in 1975.